The Young And The Restless Spoilers: Tristan Lake Leabu Returns As Reed Hellstrom–Find Out What’s Ahead 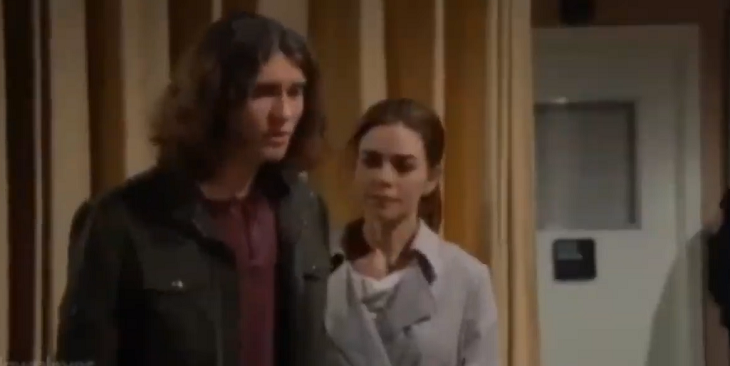 The Young and the Restless (Y&R) spoilers for Thursday, March 28 tease that Reed Hellstrom (Tristan Lake Leabu) will return to the CBS soap opera.  Reed will come home just as his mother, Victoria Newman (Amelia Heinle) has a frightening nightmare about his dad, J.T. Hellstrom (Thad Luckinbill).  Here’s what you need to know about what’s ahead on Y&R.

After learning that J.T. had a brain tumor and that led to his violent behavior, she felt responsible for her mother attacking him.  While J.T. understood why Nikki Newman (Melody Thomas Scott) hit him, Victoria felt awful.  She felt like she should have known that he wasn’t himself.

J.T. told her if someone was doing that to his child, he would have reacted the same way Nikki did.  Y&R spoilers say that he told her that she didn’t do anything wrong. Even so, Victoria cannot help it.  She feels some responsibility for what happened to him.

Not to mention, she is emotionally exhausted.  She still loves J.T. and the whole experience has been very difficult.

J.T. asked Victoria to call their son so he could come home and see him before they haul him off to jail for trying to kill Victor Newman (Eric Braeden). She told him that it might be hard to get Reed to come home but she would try.

Y&R spoilers tease that Victoria is a mess. She is jumpy, agitated, and moody.  She decides to lay down and try to get some shut eye.  In the middle of a nightmare, Reed shows up.  He will see his mother’s fragile mental state first hand and visit his dad in the hospital.

Reed will want his dad to fight his jail sentence. He will insist they fight it by revealing he only did that because he was sick.  The spoilers didn’t say how long Reed would be home for. He will be in town long enough to talk with his father, spend time with his mother, and forgive his grandmother for attacking his dad– and nearly killing him.

Reed will point out that, hopefully, in time, the Newman will forgive his dad. For now, Nikki and Victor are not ready to forgive the monster that could have killed their daughter.