Days Of Our Lives Spoilers: Billie Reed Returns To DOOL– Is She Ted’s Long Lost Wife? 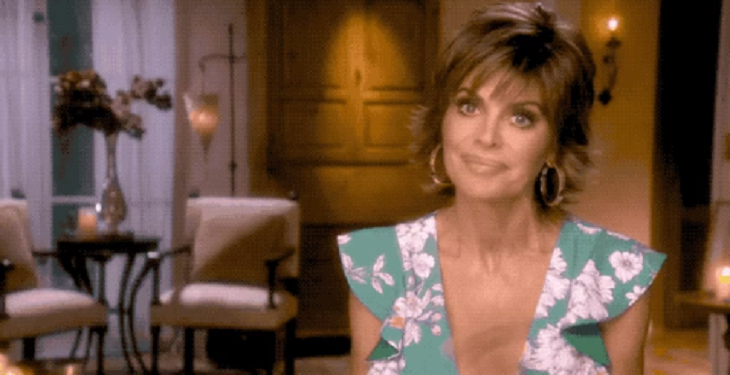 It has been more than a year since Lisa Rinna was last seen on Days of Our Lives as Billie Reed. But Rinna’s fan-favorite character might get a chance to return to Salem if she happens to be the long lost wife of Ted Laurent (Giles Marini), Days spoilers suggest.

Days of Our Lives spoilers hinted Rinna’s possible comeback in the coming months. Viewers of the show may recall that Billie, Rinna’s character, last appeared on Salem in Feb last year. On her last episodes, she, along with John Black (Drake Hogestyn), helped thwart a plot to murder Steve Johnson (Stephen Nichols). She also got the chance to see her nephew, Will Horton (Chandler Massey). Fans are eager to see Rinna back in Salem once again as Billie and many of them are hoping that she really is Ted’s wife.

For now, Days of Our Lives showrunners and Lisa Rinna herself have remained silent about the speculations that she might reprise her role as Billie Reed. But for all those who have been watching daytime dramas for years, their silence does not mean no. Anything can happen and that means she might return to the soap. Who wouldn’t want to see her back in Salem, right?

As viewers wait for her return in Days of Our Lives, they can watch her on the highly rated Bravo series, “The Real Housewives of Beverly Hills.” Rinna is one of daytime television’s living legends. She’s been in the spotlight for a very long time. But she’s gained more attention thanks to her role in RHOBH.

The show has given her a break from her usually serious character in “Days of Our Lives.” In this show, Rinna can showcase her fun side. Thanks to Instagram, she has a platform where she can express her true self while giving her social media fans a glimpse of who she really is. With all this exposure, Rinna is surely being kept busy.

Days Of Our Lives News: Judith Chapman Is Out As Diana Cooper–Will She Take Ted Down Before Her Exit?

Since there is no confirmation yet about her return to Days Of Our Lives, viewers of the soap just have to wait and see what happens next.