The Young And The Restless Spoilers: A Family In Crisis-Victoria And Reed Spiral Out After JT Brain Tumor Diagnosis 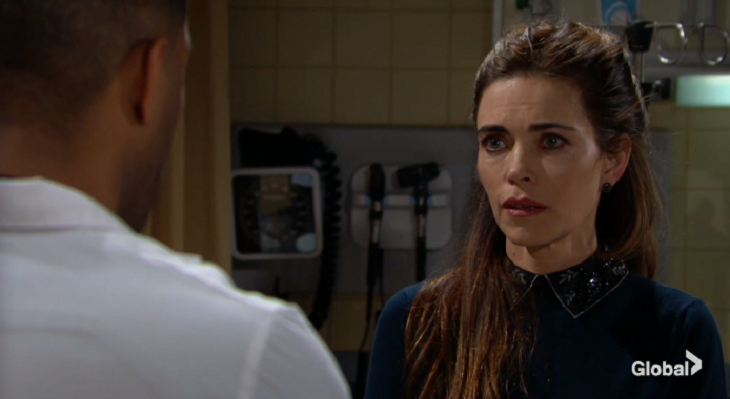 The Young and the Restless (Y&R) spoilers for the week of April 1 Victoria Newman (Amelia Heinle) and Reed Hellstrom(Tristan Lake Leabu) will be a family in crisis as they deal with the fact that J.T.’s (Thad Luckinbill) behavior was caused by a large brain tumor. It will be something they will struggle with because both will feel as if they should have known he wasn’t well.  Here’s what you need to know about what’s ahead on Y&R.

After Reed found out that his dad had a brain tumor removed, he believed that should be enough for the courts to overturn his conviction.  He thought they should take that into consideration and let him go free.   In Reed’s eyes, J.T.’s behavior was not his fault. However, J.T. didn’t see it that way.

Y&R spoilers state that J.T. told his son that he needed to pay his debt to society and show him, his son, that when you do something illegal, you pay for it.  Of course, Reed didn’t want to hear that.  His father made him promise he wouldn’t get involved and try to save him.

Young And The Restless Spoilers– Victoria And Reed Spiral Downward

One thing is certain, Victoria and Reed will struggle to move on after J.T. goes to prison.  She cannot shake the feeling of being responsible for J.T. situation. She thinks she should have known he wasn’t himself, after all these years of knowing him.

Y&R spoilers state that J.T. told her she didn’t do anything wrong and he was trying to fix himself.  He thought that coming to see her would do it, but he just got worse.

Over the next few weeks, Victoria will get worse. It will be clear she is suffering from PTSD and she will begin to act very out of character. Reed will continue to lash out at his mother, blaming her for the situation his father is in.

The Young And The Restless Spoilers: Tristan Lake Leabu Returns As Reed Hellstrom–Find Out What’s Ahead

It’s clear that this family is in crisis and, if someone doesn’t intervene, something bad could happen.  Do you think Reed and Victoria need to talk to a counselor or get treatment to deal with J.T. aftermath?