Days Of Our Lives Spoilers: Did Leo Curse Will Or Is That Pendant Cursed? 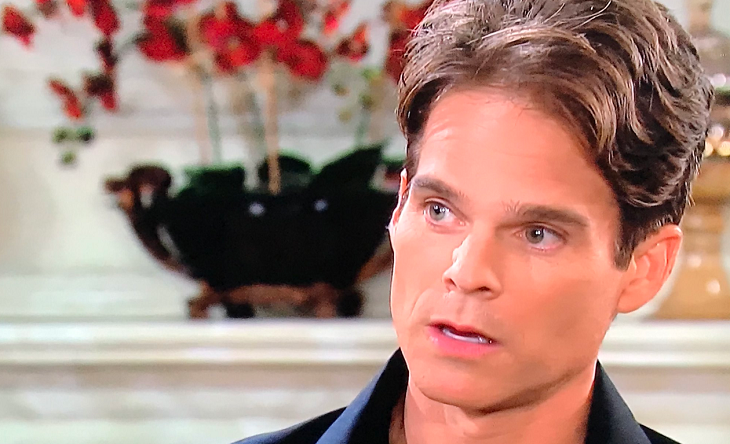 Days of Our Lives Will Horton (Chandler Massey) has been through a lot in his young life. However, a curse placed on Will by Leo Stark (Greg Rikaart) seems a little too much even for a soap.

Sonny Kiriakis (Freddie Smith) could not have said it any better, Leo is far from being a witch. Leo may have killed his father and almost choked his mother. Leo blackmailed Sonny and set him up for a lawsuit, but Leo isn’t anything close to Marie Laveau and her voodoo shop. The evil eye curse doesn’t seem to be possible nor would it make a good storyline with twists and turns.

Take us back to happier times for these two. #DAYS pic.twitter.com/upavGSyGSr

Days of Our Lives Will is the only person in Salem who has had the new version of Rolf’s (William Utay) serum. Will’s serum was recreated by someone else, not Rolf so anything could have gone wrong with it. Could there be something in this serum that is giving Will side effects months after he received it?

Could it be an effect from the first medication that brought Will back from the dead? Fans remember the E.J. Dimeras (ex-James Scott) was still confined to a bed or a wheelchair unlike Will; this could be another issue.

Days Of Our Lives Spoilers– Will Was Fine Until The Pendant

Days of Our Lives’ Will was nervous but ok when Sonny gave him the pendant that is supposed to protect him from the evil eye curse. What about the necklace, could something be wrong with it? Sometimes protection items can have unknown side effect for other people, and Will had never touched this necklace before.

What if this piece of jewelry was crafted from the amulet that made everyone sick and crazy on the island? Several characters had very bad reactions to it; this peace could have been a part of the original collection and be causing Will’s problem. Part of the symptoms caused by it was unconsciousness followed by sickness and violence. Is Will facing something like that from this pendant?

DOOL Spoilers– Could Will Lose His Memory Again?

Days of Our Lives’ Will and Sonny are finally back together again. When Will first resurfaced, he had no memory of Sonny or their life together.

Could Will’s headache be a symptom of a tumor or something else that could cause him to lose his memory again? Getting rid of Leo turned out to be too easy in the end for Sonny and Will to have smooth sailing now?

Days Of Our Lives Spoilers: Billie Reed Returns To DOOL– Is She Ted’s Long Lost Wife?