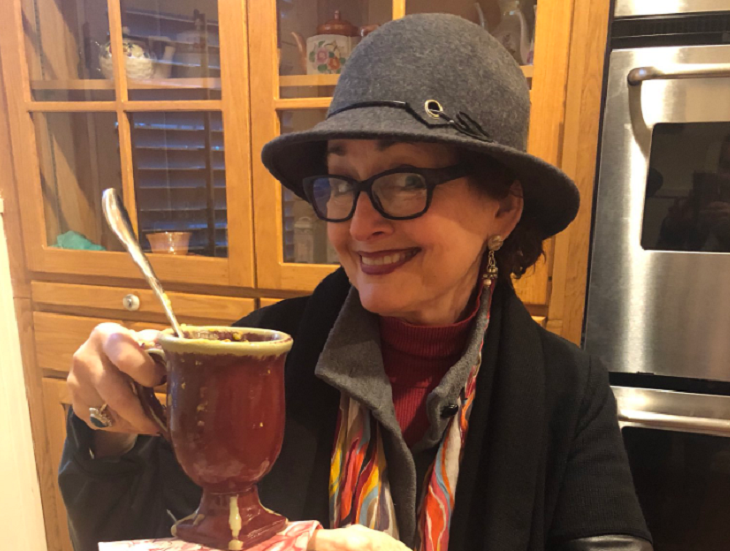 Robin Strasser has joined the cast of Days of Our Lives, an opportunity she could not pass up, she said. The soap veteran teases her appearance on the daytime soap in a recent tweet.

Strasser shared that she was still in Toluca Lake in Los Angeles, California and that she was returning to New York City the day after.

“#DOOL has been EYE-OPENING:) Translation: #Salem has been so EXCITING you ain’t going to be taking any naps;-)” she added.

It looks like Strasser has filmed some scenes already, so Days of Our Lives fans can expect to see her on the canvas around August or September.

Robin Strasser is playing the role of Vivian Alamain, which was last portrayed by her friend Louise Sorel who left the show in early 2018. In 2017, Strasser teased about Vivian’s return to Salem, but it turned out that Sorel was playing the role.

Rocket & I are still in #TolucaLake We fly back to #NYC tomorrow-Rain is forecast there for a continuous 10 days-Well, nobody lives there because of the good weather-#DOOL has been EYE-OPENING:) translation: #Salem has been so EXCITING you ain't going to be taking any naps;-)

The One Life to Live alum last month confirmed that she was offered the recast and she jumped at the opportunity. “November 12, 2017, nixed rumor I’d be joining DAYS,” she tweeted. “Cut to Feb. 2019, they called, I jumped! You can’t say #supportthe4 and not let them in when they knock on your door. #DOOL, yes!” she announced on Twitter.

Strasser Would Love All my Children Revival

Strasser is best known for her portrayal of Dr. Dorian Lord on One Life to Live and as Dr. Christina Karras on All My Children.

Recently, reports say that there are talks about the possibility of reviving OLTL and AMC. ABC Entertainment President Karey Burke was asked if ABC was considering it, and she answered, “There might be some conversation about that. There might be.”

Strasser is surely one of those who would love to return.

“Wouldn’t it be wonderful?” she tweeted. “Would I be available to play Dorian again? Dang yes! I’ve never gotten over the loss of my TV family and friends — I miss them as much as you have.”

Days Of Our Lives Spoilers: Did Leo Curse Will Or Is That Pendant Cursed?

But before that, Strasser’s fan could watch out for her appearance on Days. Will she be staying for long or will it be a short stint? We don’t know yet, although Strasser expressed last year that given her age, she only wants to do recurring.