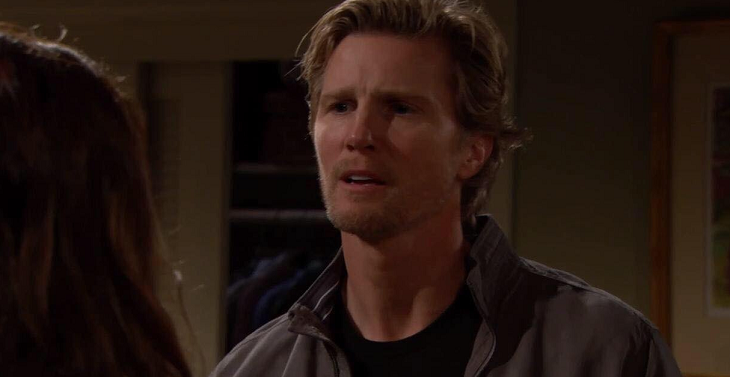 The Young and the Restless is attempting to redeem J.T. (Thad Luckinbill). Full credit is given to all involved for allowing this character to try and restore his reputation and to the complex process that will be required if he’s able to do so.

Luckinbill’s character said that the doctors can’t definitively say how the brain tumor was tied to his violent outbursts within the last year. That tell was ominous, as J.T. is facing legal charges that will be applied when he’s released from Genoa City Memorial Hospital in a few days.

Victoria’s (Amelia Heinle) courtroom account of J.T.’s abuse became part of the public record. She was recounting the crimes her then fiancee committed, along with the very dramatic actions that took place on the fabled night of April 13, 2018, which came after ‘J.T.V.’s’ breakup.

Christine (Lauralee Bell) argued that J.T. did not actually break into Victoria’s home during the ‘Coverup Trio’s’ trial. The GC District Attorney’s assertion involved J.T. having lived at the home, still having personal property there, and wanting to avoid a likely confrontation with Nikki (Melody Thomas Scott).

However, four witnesses (being the original ‘Coverup Crew’) described how J.T. acted in Victoria’s upstairs bedroom. Mr. Hellstrom has now taken full responsibility for his behavior, which leaves him open for prosecution and seeming conviction. Though Y&R’s writing staff could take it easy regarding any legal consequences, if Luckinbill has agreed to work as at least a recurring, if not also a regular character.

Do The Young And The Restless Fans Buy The Tumor Storyline?

The collective exhale that was heard earlier this month came from all hardcore fans who invested a significant amount of time into this one storyline. The hopes of many, that some type of uplifting outcome would be delivered, has also been realized.

Now, as the arc turns, here’s hoping that J.T. is able to avoid a long jail sentence and remains a regular, or semi-regular part of life in this fictional Wisconsin town. Luckinbill’s presence within the cast is valued by Y&R and its fans, hopefully allowing J.T.’s comeback story to continue.