The Young And The Restless Spoilers: Sharon And Rey Make Love-What’s Next For The Hot Couple 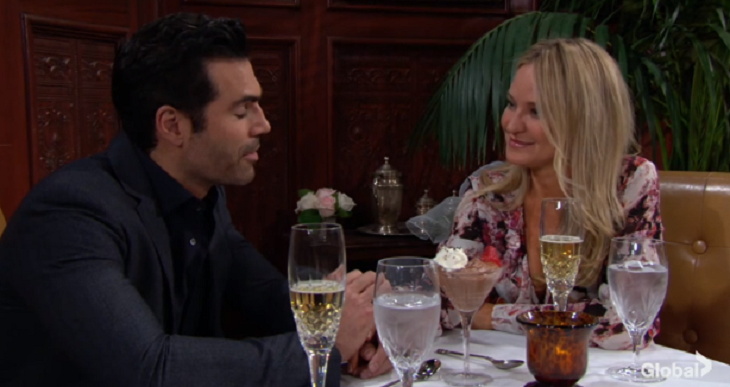 The Young and the Restless (Y&R) spoilers tease that during the week of April 1 Sharon Newman (Sharon Case) and Rey Rosales (Jordi Vilisuso) will take steps to become an official couple. They will end up going on their first date and making love.

Everything seems to be going well for the happy couple—except one thing –the only thing standing in their way between them and happiness is Rey’s decision to not tell her that his estranged wife Mia Rosales (Noemi Gonzalez) is pregnant with presumably his child.

Y&R Spoilers– Rey And Sharon Go On A Date

Y&R Spoilers state that Rey will ask Sharon on a date. He will insist they go out and enjoy each other’s company. He will say that he is no longer with Mia, so he is free to date the woman he loves, which is her.

Of course, Sharon will be thrilled to hear him declare his love for her. She will agree to go on a date with him. There has been so much sexual tension between them in the past few months, so for Sharon, it will be a dream come true to move forward with their romance.

Their date goes very well. They have a good time, have a few laughs but they cannot keep their hands off each other. One thing leads to another, and they end up hitting the sheets. They make love and Sharon is convinced they are in love and is destined to be together. However, there is a secret that could rock their relationship.

Rey is hiding that Mia is pregnant with what he believes is his child. While it could be his child, it could be Arturo’s (Jason Canela) kid too. Only time will tell whose kid it turns out to be. And, there is the possibility that Mia is not even pregnant and she faked the pregnancy to trap both men.

Do you think Sharon and Rey are good together? Don’t forget to come back later for more The Young and the Restless (Y&R) spoilers, news, and casting updates!