General Hospital Spoilers: Franco Is Ready For A FIght When He Bumps In Kevin 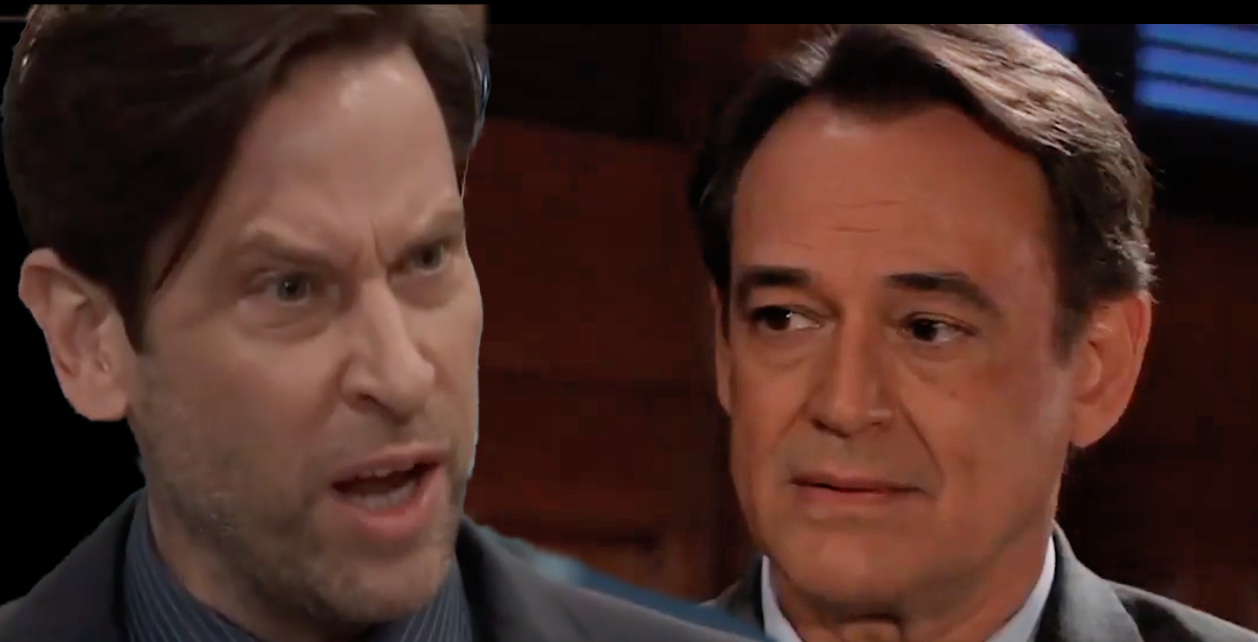 General Hospital spoilers tease that Franco Baldwin (Roger Howarth) will be confrontational and ready for a fight, if necessary, when he could unexpectedly bump into Dr. Kevin Collins (Jon Lindstrom), possibly in a hospital corridor! Kevin obviously must have not been held by the Port Charles Police Department for trial, or maybe Laura Collins (Genie Francis) paid his bail. It would make sense for Franco to encounter Kevin in the hospital, although it could be somewhere else as well.

The element of surprise can turn into the element of shock and if a person has been stabbed nearly to death by someone and runs into his twin around a corner, the automatic response might be of fight or flight, and Kevin will understand that! Franco could either react like he’s run into Ryan or be mad at Kevin for the same reason Laura is; the fact that Kevin didn’t tell anyone Ryan was alive. Franco probably won’t fault him for wanting to treat Ryan and try to make him right in the head either, after all, Kevin helped make Franco right in the head!

Kevin's day in court is fast approaching, West Coast. What will he and Laura decide about their marriage, though?
A brand-new #GH starts RIGHT NOW on ABC! @thejonlindstrom #GH55 pic.twitter.com/felCX7KVRq

Until and unless Ryan’s body is found and he is certifiably deceased, Kevin will continue to have to explain and prove who he is to many people. Once Franco knows he’s not Ryan then he’ll calm down, although he still might be upset that he didn’t let anybody know that Ryan was alive. Franco won’t be ready for a physical fight, which is something Franco really doesn’t prefer anyway, but he will want to talk, and an argument or strong words to get a point across is probably not out of question, although he prefers to talk things out in a calm manner.

Kevin may then explain himself a little more fully about his keeping Ryan’s survival a secret, and Franco would understand he not wanting to incite panic among the citizens of Port Charles, especially with all the publicity about Ryan because of the twenty-fifth anniversary of his original crime spree.

Franco would also understand that Kevin never expected Ryan would overpower him and take his place, and figured he’d never have to disclose his survival and that he was in treatment! Stay tuned to General Hospital and keep checking General Hospital spoilers frequently to see all the latest news and developments!