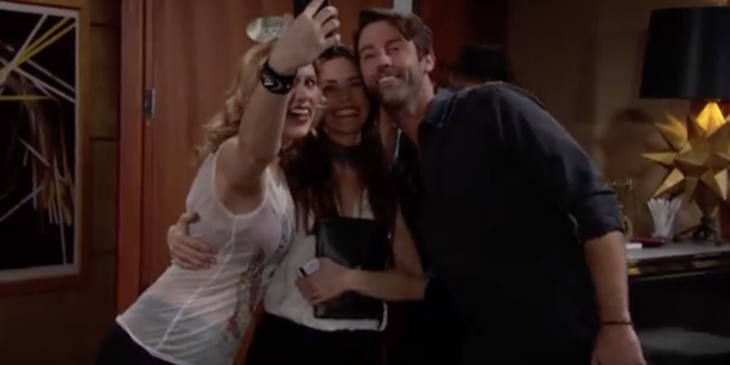 “Young and the Restless” (Y&R) spoilers tease that Victoria Newman (Amelia Heinle) will snap during the week of April 1. She will take off on a trip and her family will worry about her state of mind. Here’s what you need to know about what’s ahead on Y&R.

“Victoria is experiencing a form of PTSD now that the issues with J.T are behind her,” Heinle explains. “She feels that she is at her breaking point, and makes the smart decision to leave GC so she can get her life on track. Or at least slip into another life for a short period; And that’s exactly what she does when she checks into a swanky hotel suite under the alias Jeni Lambertson.”

Young And The Restless Spoilers – Fleeing Her Family’s Scandal

“This is not the first time that Victoria has used a different name when escaping her problems,” Heinle added. “Since her family’s scandal was so public, she thinks it’s best to fly under the radar.

“Victoria isn’t only trying to escape her family’s scandal, she’s also fleeing from Billy. He has made it clear to Victoria that he wants to get back together. She’s feeling the pressure of making a decision about their relationship, so she decides to ignore his texts.”

Y&R spoilers state that Victoria is rocked when a stranger knocks on her door asking for Lizzie. Of course, she lets him know that he has the wrong room. He introduces himself as Brandon (Mitch Eakins) and presses to get to know her better.

Young And The Restless Spoilers – Stranger A Distraction For Victoria Newman

“At first, Brandon provides her with a distraction from her problems,” Heinle said. “Meeting him opens the door to her letting loose and having a good time. Little does she know that he actually holds the key to a new mystery in her life.”

Are You Happy Mark Grossman Was Cast As Adam Newman or were you hoping for Michael Muhney? Vote Now in our poll ===>#YR #YoungandRestlesshttps://t.co/UNeJTkuOM4

Are you surprised that Victoria took off and hung out with a strange man? Do you think she is suffering from PTSD?