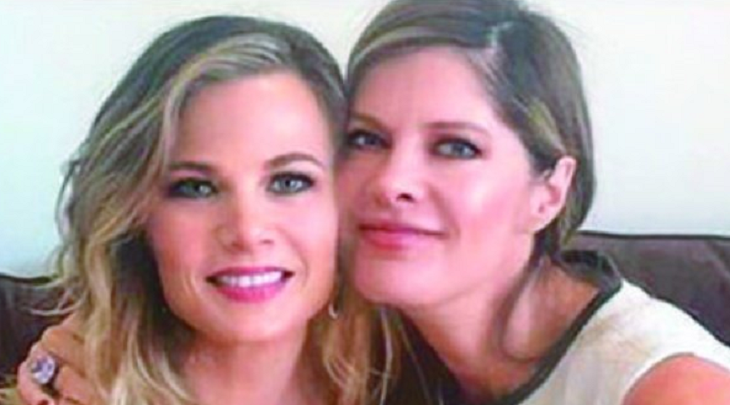 The Young and the Restless (Y&R) spoilers tease that Eileen Davidson (Ashley Abbott) and she will stay on off and on until the end of the month. Apparently, she was only supposed to come back for a few episodes, but when they asked her return for Neil Winters’ (Kristoff St. John) sendoff episode, she couldn’t say no. So, for that reason, the Y&R fans will get to see a bunch of Ashley in the coming weeks.

Paul Williams (Doug Davidson) is back and the Y&R fans really missed him. He can back to fire Rey Rosales (Jordi Vilasuso) and let him know who is really charge at the police department. Although he fired the detective, you should expect Rey to get his job back in a few days.

As CBS promised, at the end of April, they are planning to retire Neil Winters character. As part of that, Shemar Moore (Malcolm) and Christel Khalil (Lily) will return to pay their respects.

According to Soap Opera Digest, Neil will die unexpectedly, presumably in a car accident. The residents of Genoa City will mourn his loss and pay respects to his family.

Also, back as themselves on a tribute episode that will feature some of St. John’s best moments on the show, Mishael Morgan (Hilary) and Victoria Rowell (Dru). They will share some of their fondest memories of the talented actor.

Young And The Restless Spoilers– Kevin And Gloria Return?

Okay, that is the question most Y&R fans want to know. With Judith Chapman and Greg Rikaart being out at DOOL, does that mean they will come back to Y&R to cause more trouble?

It would be great to see them and they are fan favorites. However, neither actor has addressed a possible return to CBS yet.

Finally, after almost three years, Adam Newman is coming back. Soap Opera Digest revealed that CBS cast Mark Grossman as the new Adam. There is no word on when his first airdate will be. I would expect to see him during May sweeps next month.

Over week weekend, it came out that Gina Tognoni was let go as Phyllis Abbott and Michelle Stafford will return. There is no word on when Gina’s last airdate will be or when Michelle will take over.  More on the casting switch up will be available in the coming weeks.