The Young And The Restless Spoilers: Sharon And Rey Get A new Beginning– Will Mia Ruin It All? 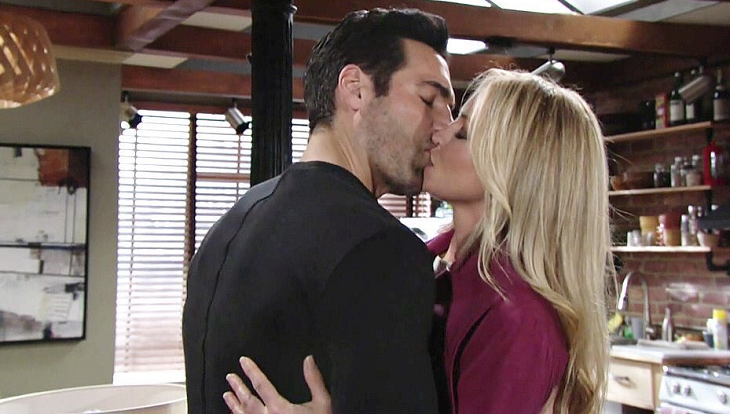 The Young and the Restless (Y&R) spoilers tease that Rey Rosales (Jordi Vilasuso) and Sharon Newman (Sharon Case) will get a new beginning. However, their fresh start could be tainted by Mia Rosales’ (Noemi Gonzalez) pregnancy bombshell. It is looming over Shey’s happiness. Here’s what is coming up on Y&R over the next few weeks.

Rey asks Sharon to go on a date with him. He has plans of sweeping her off her feet. He wants her to forget about all the J.T. Hellstrom (Thad Luckinbill) stress and relax. He thinks she is a wonderful person who deserves happiness. He wants to be a source of happiness for her and not added stress.

While this baby bomb could threaten to disrupt that, Rey plans on telling Sharon everything. However, he wants to enjoy life with her, at least, for one evening before reality sets in.

Mia’s pregnancy bombshell could threaten his happiness with Sharon. Rey wonders if Sharon would want to be part of the baby with Mia as the mother. It’s a natural fear, considering how toxic Mia and Sharon’s relationship has been.

Y&R viewers think that Sharon would be accepting of Rey having a child, but she may have fears about dealing with Mia.

Of course, another reason Rey isn’t being upfront about the child is he isn’t sure if the baby is even his. He has reason to believe that Mia is having his brother’s child. That is if Mia is even really pregnant.

Once Mia discovers that Rey and Sharon are trying to make things work, it’s possible that she will try to come between them. If Rey doesn’t tell Sharon about Mia’s pregnancy by then, that could be something that Mia will disclose.

At any rate, Sharon and Rey will probably find happiness together, but their road will not be easy. Mia will do everything in her power to ruin it.