General Hospital Spoilers For Wednesday, April 3: Oscar Wants Joss To Have More –Julian Wants To Know How Much– Shiloh Gives Kristina A Warning 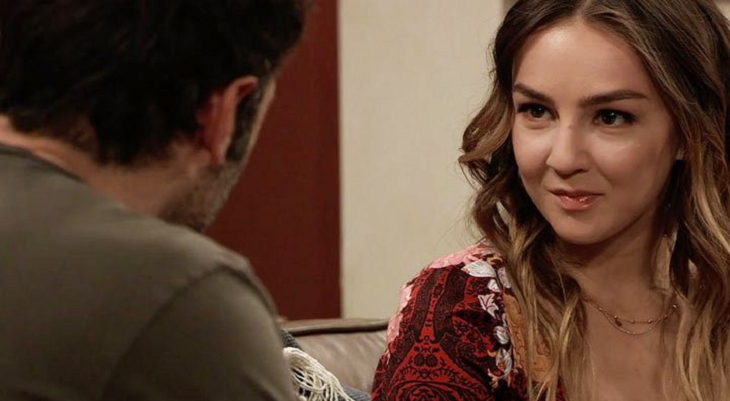 Oscar looks at Joss as he tells her he wants to give her more. Does Oscar mean more time, or more of himself – in a manner of speaking – General Hospital viewers are wondering!

Then we see Julian Jerome (William DeVry) at Charlie’s Pub, asking someone how much do they need. Could this be Kristina Davis-Corinthos (Lexi Ainsworth) wanting more money for more classes so she can get into the inner core of Dawn of Day? It seems like Shiloh Archer (Coby Ryan McLaughlin) is making a lot of money off of Kristina!

Cameron Webber (William Lipton) must be in some big trouble again, because his stepfather Franco Baldwin (Roger Howarth) is livid, as he warns Cameron that he’s just getting started!

General Hospital Spoilers– Sonny Tries To Get Kristina Out Of DoD

Elsewhere, DA Margaux Dawson (Elizabeth Hendrickson) asks somebody if they think there’s anything to investigate; as General Hospital viewers know, Margaux has been taking Shiloh’s classes too, so this may be an answer to someone wanting to open a formal investigation on Dawn of Day and maybe Shiloh in particular!

Sonny Corinthos (Maurice Benard) is obviously talking about Kristina and her involvement in Dawn of Day as he asks Michael Corinthos (Chad Duell) if he has an exit plan.

Meanwhile, back at the footbridge, Jason Morgan (Steve Burton) is laying down the law to Sam McCall (Kelly Monaco) about their son, Danny (T.K. Weaver).

He tells Sam in no uncertain terms that Shiloh cannot go anywhere near Danny ever again! Meanwhile, at the Dawn of Day house, Shiloh tells Kristina that once she’s joined “the trust” there’s no turning back!

There’s a saying that every dog has his day, and Shiloh’s definitely a dog, and not in the best manner of speaking! But his day is coming!

Days of Our Lives Spoilers For Tuesday, April 2: Will And Sonny Face Another Crisis– Eric Struggles With Feelings For Sarah