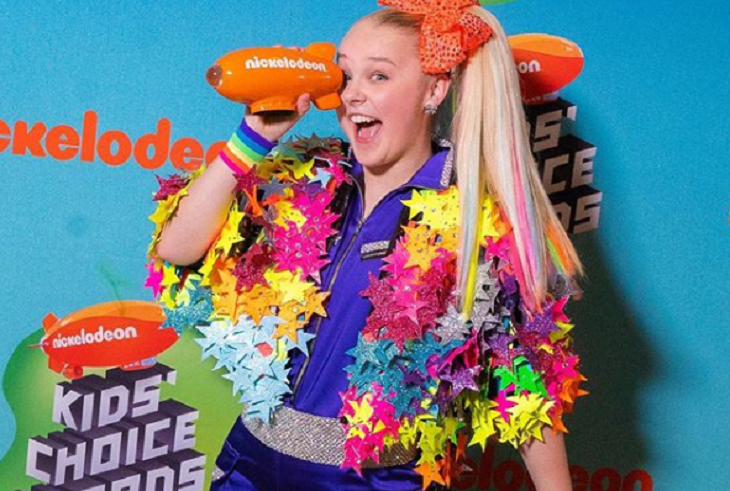 North West just had the best weekend ever as the 5-year-old tot and her mother Kim Kardashian enjoyed a very memorable moment with pop sensation JoJo Siwa in what sounds like every 5-year-old’s dream come true. Apparently, both Kim and North got to hang out at JoJo’s house and spent the day making glittery slime, played hide-and-seek and even had a dance party together!

According to E! News, JoJo was North’s babysitter for the day and yes, the entire experience was documented for a new YouTube video. JoJo wrote on her YouTube page, “JoJo Siwa BABYSITTING NORTH WEST!! I had so much fun Pretend babysitting Kim Kardashian West and Kanye West’s little girl North West!”

The clip begins with Kim Kardashian dropping off North at JoJo’s house for the day. North wore a rainbow dress for the occasion along with a rainbow bow and a purple ponytail. Before leaving the house, Kim told North that if she needed anything, she could just give her a call. Little North blurted out that she didn’t know her mother’s phone number, but that she did know the password to her phone. Ha!

JoJo then added, “North West hasn’t really been on the Internet before and no one has really met her personality yet, so it’s going to be really, really fun. Kim says she’s super excited so I’m excited.”

Throughout the clip, North looks like she is having a blast, as she got to hang out in JoJo’s room and even got to ride down a slide that covers JoJo’s bed. She also got to pick a bow from JoJo’s coveted bow wall. After touring the house, North got to check out JoJo’s collection of cars, which also includes her ‘Dreamer Mobile,’ which is the same car that Justin Bieber apparently shades on Instagram just last month!

Let us know what you think by leaving us a line with your thoughts in our comments section below. In the meantime, don’t forget to check back with Hollywood Hiccups for all the latest news and updates on the Kardashians along with all of your favorite celebrities right here!