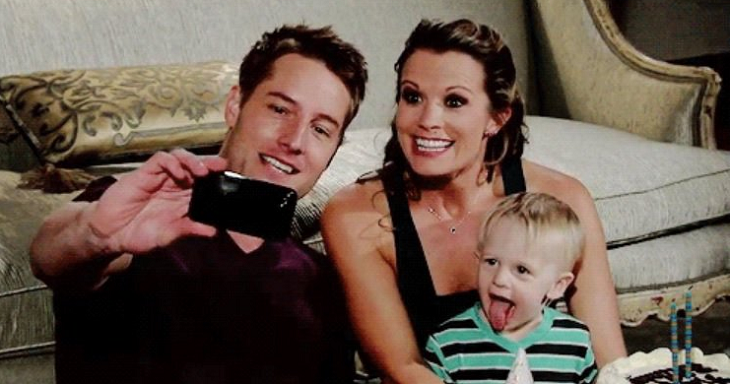 It was in 2016 when Justin Hartley left The Young and The Restless. The soap was like his second home between 2014 and 2016 as he portrayed Adam Newman, a troubled young man, who was very popular among the avid viewers of The Young and The Restless. When he left the soap, he said he wanted to take on a new challenge. That is exactly what he got when he landed the role of Kevin in This Is Us.

In an exclusive interview with Soaps In Depth, Hartley opened up about his experience as part of the top-rated NBC drama series. It was obvious that he liked what he is doing now. “I love Kevin!” I can relate to him in the way that he puts on [layers] because he doesn’t want to deal with things that are hard.”

In his role as Kevin in This Is Us, Hartley said that his character’s current story arc, involving his journey to Vietnam and meeting his supposedly dead uncle Nicky as a “humbling experience.

” “It was awesome! They have this wonderful show, they write these wonderful characters, and they give you this frontburner storyline — it’s thrilling.”

Hartley isn’t new to playing heavy storylines, given his acting experience as Adam in The Young and The Restless. Given that, Hartley will do well in This Is Us. He also appreciates the story that he is part of in the drama. Kevin’s current storyline is challenging and believes that it comes with “a tremendous sense of responsibility because it’s something that is very serious and people everywhere are dealing with addiction, depression and mental health.”

Hartley was cast in The Young and The Restless in 2014 and left the soap in 2016. His other TV credits include spending nearly 10 years on NBC’s Passions and he also appeared in primetime gigs like Smallville before he took on the role as Adam in Y&R.

It took him quite some time before he announced that he was leaving Y&R so as to avoid spoiling storylines. Before he left, he thanked his supporters and hoped that they will continue to root for him in his future projects.

The Young and the Restless Spoilers: Neil Winters’ Death Rocks GC–What To Expect In The Emotional Episodes