The Bold and the Beautiful Spoilers: Friday, April 5 – Flo And Wyatt Discuss Their Dads – Shauna And Quinn Reconnect 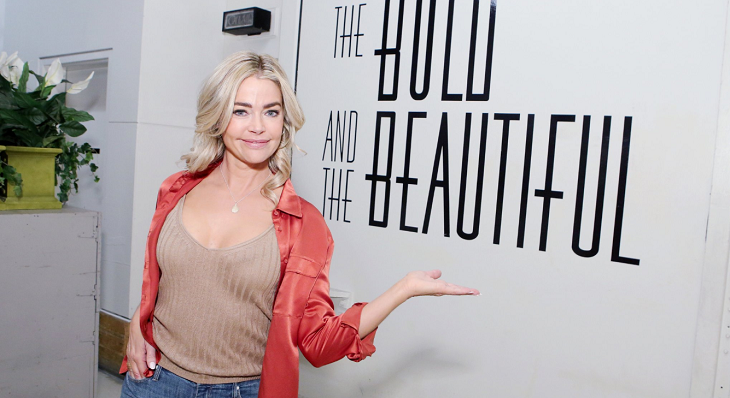 The Bold and the Beautiful (B&B) spoilers for Friday, April 5, tease that Florence “Flo” Fulton (Katrina Bowden) will be feeling hopeful. She’s just made the decision to try to find out who her father is, with a little push from Wyatt Spencer (Darin Brooks). Flo’s feeling inspired since Wyatt had such a positive experience in finding his dad, Bill Spencer (Don Diamont).

According to B&B spoilers, Wyatt and Flo will continue to discuss their respective situations, and in doing so they’ll note the many similarities. Both of their mothers withheld information about their dads from them.

Quinn Forrester (Rena Sofer) even led Wyatt to believe that his dad had died. Flo’s mom, Shauna Fulton (Denise Richards) didn’t go quite that far, but she does shut down every time Flo brings the subject up.

So, it looks like Flo may have a formidable task ahead of her in trying to convince Shauna to cough up the details about her father. Shauna has obviously held on to the secret all of these years for a reason, so it might not be too easy to get her to spill the beans.

But it does look like Shauna is going to show up in Los Angeles to address the issue with her daughter in person, and B&B spoilers say that Flo will soon learn the identity of her dad.

Bold And The Beautiful Spoilers — Quinn And Shauna Catch Up

Meanwhile, on the new episode of B&B on Friday, April 5, Quinn will get the opportunity to chat with her old friend Shauna. It should be a happy reunion for the two friends, who fell out of touch after Quinn and Wyatt left Las Vegas years ago. Shauna and Quinn were single moms together back in the day, and they always hoped that Flo and Wyatt would end up together.

As the two ladies reconnect, they’ll again focus on their children. Quinn will likely gush over the amazing woman that Flo has become, and Shauna will remember Wyatt as being a remarkable young man. It looks like Quinn will try to enlist Shauna in her plot to push Wyatt back together with Flo, and Shauna will readily agree.