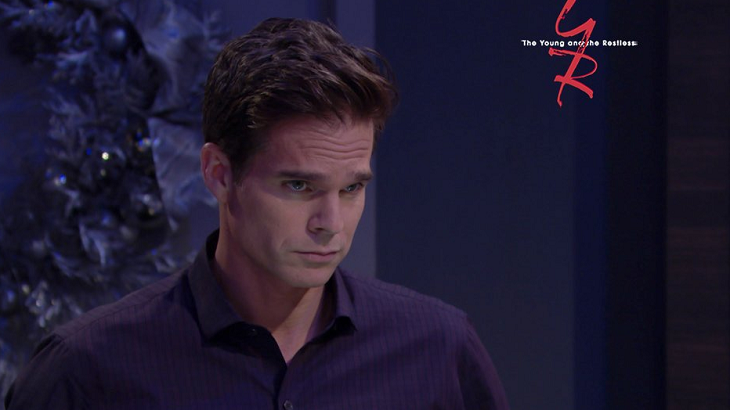 Greg Rikaart (Kevin) has rejoined the cast of The Young and the Restless Confirmed reports have Rikaart’s reprised alter ego reappearing in Genoa City later this spring. So, how will Kevin be written back into the show?

‘Khloe’ is believed to have been living out west since fans last saw Kevin, who came back to town for a very brief period last year. He, Chloe (Elizabeth Hendrickson, who is currently playing Margaux on General Hospital), and Bella (Cali May Kinder) haven’t been heard from since then.

Of course, most of GC believes that Chloe is dead. Y&R’s fans know that Victor’s (Eric Braeden) compassion for Bella enabled him to allow ‘Khloe’ to skip town in 2017 when Hendrickson departed the cast.

One path to Kevin’s return would involve a comeback story that involves him having left Chloe, meaning that their marriage ended. This type of storyline would also play off of Hendrickson’s continued presence on GH.

In this instance, Bella would likely have to be with Kevin, in order to further the demise ruse. Assuming the above plays out, Kevin wouldn’t be able to tell anyone about the end of his marriage. Though why would Chloe agree to be separated from her child?

Young And The Restless Spoilers— Is Rikaart On Contract?

It’s unknown if Rikaart is returning as a regular cast member or a recurring one. If he won’t be a regular part of the ensemble, then Kevin could again be summoned for a brief stay where he’s helping with some computer-related project. There are numerous characters who could surely make use of his particular skills.

A full-blown return would include Chloe, meaning that her cover would be dropped, or explained to all loved one and friends. Though this would mean a recast for the part Hendrickson has played, as no news of the actor leaving GH currently exists.

As with all soapy storylines, there are plenty of other scenarios that could be used that result in Kevin coming back home.

Fans of The Young and the Restless rightfully express their opinions on a regular basis. So, how will Kevin be written back to GC? Please vote in our poll below!

The Young And The Restless Spoilers: Mia’s Sneaky Move Leaves Sharon Desperate For Answers– Will Rey Be Honest With Her?