The Bold And The Beautiful Spoilers: Denise Richards Responds To Haters On Social Media In An Epic Way 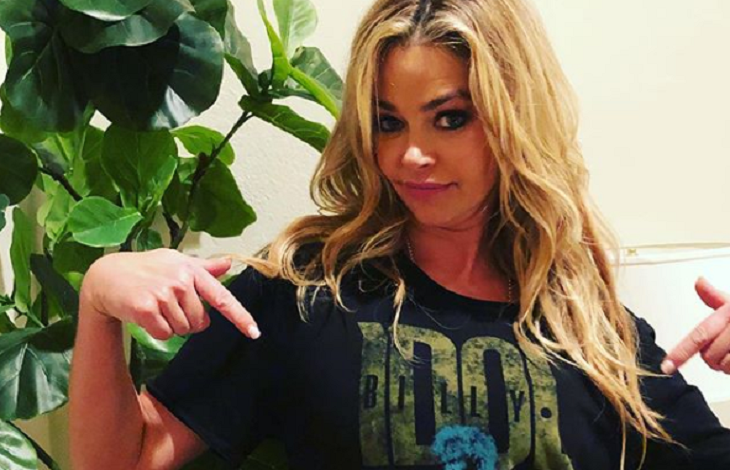 The Bold and the Beautiful (B&B) spoilers tease that Denise Richards debuted as Shauna Fulton, Flo Fulton’s (Katrina Bowden) mother on Thursday, April 4. The viewers will learn that she is a close friend to Quinn Fuller (Rena Sofer) and a past with one of the men in the Logan, Spencer, or Forrester family.

A mean and hateful fan of Bold and the Beautiful called out Denise and suggested that she had a bad plastic surgeon. Apparently, the social media user (Robin Jane) believed that a surgeon messed up Richards face in a botched surgery.

Have no fear, Denise set her straight in a no-nonsense way.

The Twitter follower wrote,” @DENISE_RICHARDS Who the Heck is ur Plastic Surgeon – Your Face is F*cked Up… I’m older than u.. w No Surgery, & look Younger & Better than u, even w No Makeup On!!!!!”

You’re too kind… I actually haven’t touched my face. But good for you for looking younger and better. II admire your confidence 😂 https://t.co/ijANJGqIva

Denise replied, “You’re too kind… I actually haven’t touched my face. But good for you for looking younger and better. I admire your confidence (laughing emoji).”

Another follower replied and pointed out that Robin Jane has a history of posting mean tweets to all the Real Housewives. They alleged that she seemed to get enjoyment out of getting the RH to reply to her.

On Wednesday, Denise posted a picture of herself with a B&B script. She captioned the picture, “Going over my scenes in my dressing room. The first episode premieres tomorrow.”

Her followers posted supportive messages, vowing to watch her on RHOBH and/or B&B. However, one fan posted a hateful message, slamming Katherine Kelly Lang (Brooke) and Jennifer Gareis (Donna).

The Instagram user called Jennifer and Katherine “fake and jealous.” Apparently, the user implied that they were only being nice to Denise because she is more famous than them.

Bold and The Beautiful Spoilers–Denise Took The Highroad

Are you excited to see what Denise Richards brings to Bold and the Beautiful? Don’t forget to come back later for more B&B spoilers, news, and casting updates!

The Bold And The Beautiful Spoilers: Hope’s Bond With Douglas Will Lead To A Relationship With Thomas –Lope In Trouble