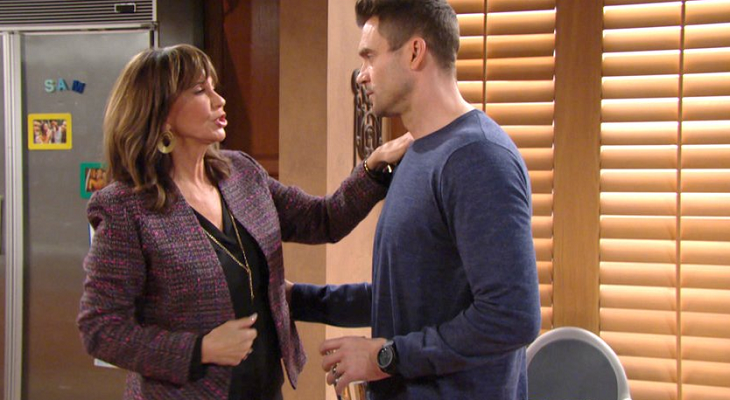 The Young and the Restless (Y&R) spoilers tease that Jess Walton will return as Jill Abbott in the coming weeks. Daniel Goddard shared a video with them on the set last week. She will return for Neil Winters’ (Kristoff St. John) funeral and tribute episode. Here’s what we know about what’s ahead for Jill on Y&R.

Several years ago, Jess asked TPTB to reduce her taping hours. She wanted to spend more time with her family and friends. After decades of working regularly, she wanted to spend her retirement years enjoying life. And, she deserves that.

She returns every so often. Sometimes it’s only for one episode. Other times, it is several in a row. However, she hasn’t been back for more than a handful of episodes in a few years.

Y&R spoilers state that she will come back to pay her respects to Neil, someone that worked for her for many years. She adored him and it will be difficult for her to learn he suddenly passed away.

Josh Griffith is working hard to clean up the show and right a few wrongs. He will be getting rid of any character he doesn’t think meshes up with Y&R longevity.

Let’s hope part of the casting shake-up is getting Christel Khalil (Lily Winters), Jess Walton, Daniel Hall (Scotty Grainger), and Melissa Claire Egan (Chelsea Lawson) back on contract and on the canvas. Many Y&R fans feel part of the soap opera’s main problem is there is too much focus on storylines that are not working.

Are you excited to see Jill back in Genoa City? Do you want to see her stick around long-term? Don’t forget to come back later for more The Young and the Restless (Y&R) spoilers, news, and casting updates!