Days Of Our Lives Spoilers: Rafe Wants To Know Jordan’s Baby Daddy’s Name — She Refuses To Identify Him 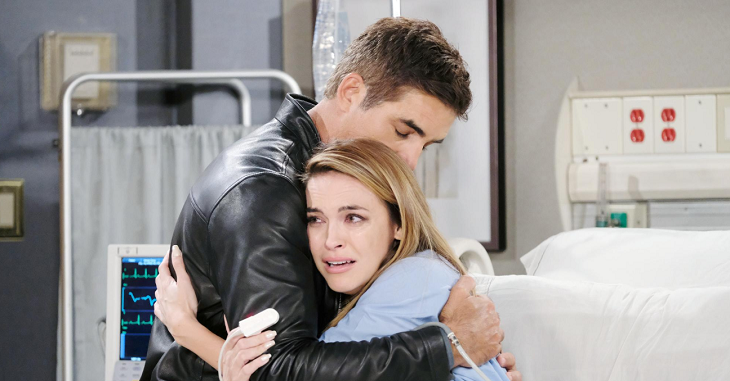 Days of Our Lives (DOOL) spoilers tease that Rafe Hernandez (Galen Gering) will press Jordan Ridgeway (Chrishell Hartley) to reveal the name of her baby son’s birth father, but she will be resistant to the idea. Jordan won’t tell Rafe who it is and she doesn’t want the birth father to be involved in her child’s life whatsoever.

She is so adamant about this, and that she wants Rafe to take care of Baby David, that he finally gives up asking her about the birth father and assumes that the relationship was abusive, or perhaps that Jordan may have been raped or maybe the birth father was married and the revelation would just open up a big can of worms!

Rafe, as someone who has always been a stepfather but never a father, feels like it is very important that the birth father knows that he has this son with Jordan, but knowing that Jordan herself came from an abusive situation can understand why she may not want the father to know about the child or to be involved in his life.

In the latest #DAYS, will Jordan's favor push Rafe and Hope to the limit?https://t.co/ZsCmioRrzb pic.twitter.com/9erGTYWsGI

Of course, it’s even possible that Jordan is not even Baby David’s mother, because no birth certificate has been mentioned so far on Days of Our Lives, only that Rafe found him and brought him to the police station where Eli Grant (Lamon Archey) and Lani Price (Sal Stowers) were playing with him while he tried to talk his wife, Commissioner Hope Brady (Kristian Alfonso) into letting him bring David to their home to care for.

Of course, Hope wouldn’t have any of it! In Friday’s episode, she didn’t even want to see Baby David, although she had gone to his uncle, Ben Weston (Robert Scott Wilson) previously to let him know he had a nephew!

Days Of Our Lives Spoilers– Is Jordan Even The Baby’s Mother?

Other Days of Our Lives spoilers tease that possibly Jordan, and Baby David, could be the wife and son that Ted Laurent (Gilles Marini) says he lost to cancer, and Jordan was pregnant with the child and scammed him into thinking she had cancer, or that the two could have even been working together, since he claims he buried her.

Diana Colville Cooper (Judith Chapman) had claimed she saw Ted’s wife alive and well in France about six months ago, which means if it was Jordan, she would have been barely pregnant.

Jordan, of course, could set up a lookalike cadaver for Ted to bury, and set the whole cancer diagnosis up with false paperwork, with her connections to whatever hospital she may have been working at the time, although other options exist for a birth father, and of course, the baby might not even be Jordan’s, to begin with!

Days Of Our Lives Spoilers: Eve Panics As Jack Gets Some Of His Memories Back — Will He Still Marry Her?

Stay tuned to Days of Our Lives and keep checking DOOLspoilers frequently for all the latest updates, developments and spoilers!