General Hospital Spoilers: Neil Gives Sonny Words Of Wisdom And Caution — Does He Give Insight To Kristina’s Situation? 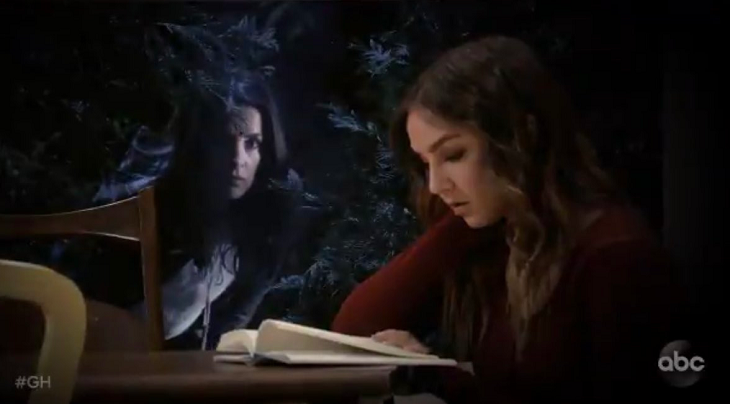 General Hospital (GH) spoilers tease that Dr. Neil Byrne (Joe Flanigan) will offer some words of wisdom – and caution – to someone this week. Could they be about dealing with Kristina Corinthos-Davis (Lexi Ainsworth) and her obsession with Shiloh Archer (Coby Ryan McLaughlin) and his Dawn of Day cult?

Other GH spoilers tease that Sonny Corinthos (Maurice Benard) will hire Neil, and the preview of Monday, April 8th’s episode has Alexis Davis (Nancy Lee Grahn) blurting out to him that her daughter is in a cult, so it stands to reason that he will be dispensing his words of wisdom and caution to both Sonny and Alexis about dealing with Kristina and how to help her.

Speaking of Shiloh, Kristina is busy making arrangements for her DOD initiation. How can Sam use that to her advantage?
Tune into a tense, new #GH – STARTING NOW on ABC! @_lexiainsworth pic.twitter.com/IJyfyDrpa3

General Hospital viewers saw Sonny talking with Jason Morgan (Steve Burton) in a recent episode, brainstorming about how best to get Kristina out of the cult and Shiloh’s clutches, when Sonny brought up an option he hadn’t thought of before, talking to someone he knew who may be able to help.

Apparently, Sonny knows Dr. Byrne from somewhere and knows he has some training or experience with freeing people from brainwashing, mind control or cult indoctrination.

One wouldn’t think Dr. Neil Byrne, a psychiatrist with a hobby of Russian aristocratic history would run in any of the same circles as Sonny Corinthos, but perhaps he too grew up in Bensonhurst, or possibly Dr. Byrne has consulted on some issue of Mike Corbin’s (Max Gail) regarding his Alzheimers’ Disease and Sonny and he struck up a friendship.

Dr. Byrne may have mentioned being an expert in dealing with cult indoctrination or brainwashing upon being asked about his qualifications, or it could have just been part of the conversation that came up in getting to know each other.

Regardless, it looks like Dr. Byrne will also find himself possibly in the middle of a rescue operation for Kristina, or dealing with the fallout after she exits the cult, or the cult and Shiloh are taken down from around her. Stay tuned to General Hospital and keep checking GH spoilers frequently for all the latest news, updates, and spoilers!