General Hospital Spoilers: Race Against Time—Sonny And Jason Scramble To Save Kristina And Sam 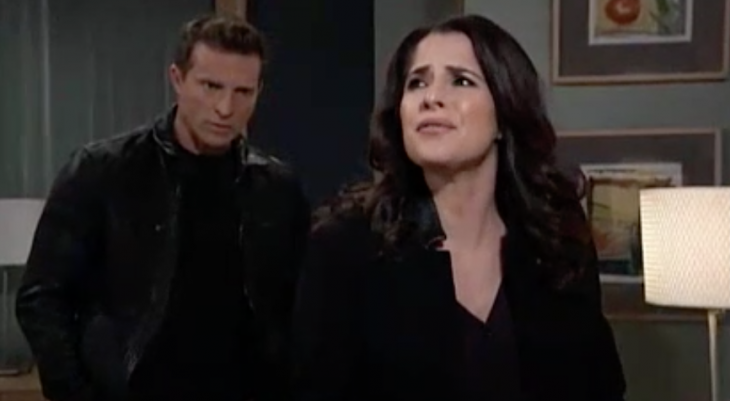 General Hospital (GH) spoilers tease that Sonny Corthinos (Maurice Benard) and Jason Morgan (Steve Burton) are in a panic to save Kristina Davis (Lexi Ainsworth) and Sam McCall (Kelly Monaco) from Shiloh Archer’s (Coby Ryan McLaughlin) evil plan with the Dawn of Day cult. Can they reach them before it’s too late? That’s the question every GH viewer is asking themselves moving into the week of April 8.

According to ABC Soaps In Depth, Kristina is drawn to Shiloh because he really listens to her. While her family does the same, Shiloh listens without judging her or telling her what to do. Her family is getting very concerned about her involvement with the cult.

Speaking of Shiloh, Kristina is busy making arrangements for her DOD initiation. How can Sam use that to her advantage?
Tune into a tense, new #GH – STARTING NOW on ABC! @_lexiainsworth pic.twitter.com/IJyfyDrpa3

In fact, the family is so worried, Sam and Jason came up with a plan for her to get close to Shiloh to get her sister out of the creepy cult. However, it isn’t going according to plan and now, Jason is worried that Sam is getting too deep and may not be able to see her way out.

GH spoilers say that Kristina will feel a connection to Sam after learning that she has been hanging out with Shiloh at the DoD house. She will open up to her because she will feel she can trust her. That connection and relationship would take a nose dive with Sam if Jason and Sonny continue with their plan to free Kristina from Shiloh’s clutches, no matter what it costs.

In an upcoming scene, Ainsworth shared the GH viewers will see why Kristina joined the cult and what is drawing her to Shiloh. Once they see her point of view, they will understand her more.

It’s clear that Shiloh is being too confident in dealing with Jason and Sonny. It’s evident that Stone Cold and Sonny are coming for him and they refuse to let him have Kristina.

“Anyone who has been in Port Charles any length of time should know the depths Sonny will go for his family. Shiloh should be afraid, very afraid,” co-headwriter Chris Van Etten warns.

Do you think Jason and Sonny will rescue Sam and Kristina? Don’t forget to come back to later for more General Hospital (GH) spoilers, news, and casting updates!