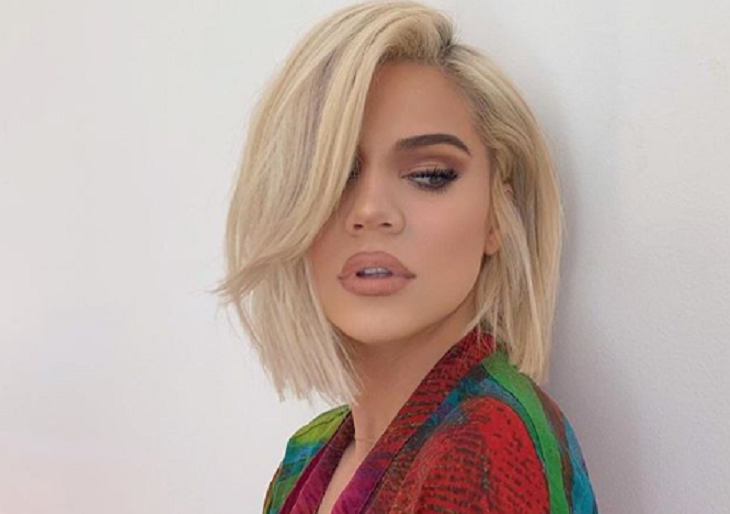 Another day, another Kardashian getting called out for a photoshopping fail online. This time around it’s Khloe Kardashian. Many fans have pointed out that in a recent Instagram photo, it appears as though the reality television star has 14 fingers… instead of the standard ten. Yikes!

Looking like a modern day diva, Khloe captioned her photo with, “When the legendary Ms. Ross invites you to her birthday party, you show UP as best you can. What a beautiful inspiration!! Thank you for having us.”

And while a lot of people commented on how beautiful Khloe looks, others pointed out her painfully obvious photoshopping fail. Some of them left comments such as, “@jenna.brochuplease take a close look at both her hands and tell me I’m not the only one that sees the bad photo shopping ?????” along with, “Just here for the comments about her having 14 fingers.”

✨✨✨✨When the legendary Ms Ross invites you to her birthday party, you show UP as best you can. What a beautiful inspiration!! Thank you for having us ✨✨✨✨

Another eagle-eyed critic wrote, “@khloekardashianwhat is wrong with you? Why do you need to photo shop? Count her fingers people! 14.”

Kardashian Has Not Replied To Photo Comments

So far Khloe herself hasn’t made any comments about the photoshop fail, nor did she take the photo down. Of course, this isn’t the first time that the Kardashians have been blasted by doing a poor job of touching up their social media photos online.

Back in January, Khloe posted a photo of herself with her fingers running through her long, blonde hair. Little did she notice that it looked like she had two thumbs instead of one. Many pointed out that she doesn’t even need to be photoshopped in the first place as she has now looked more beautiful than ever!

We don’t know who is doing all of the Kardashian’s touch up work online, but someone needs a proper class on how to use photoshop!

In the meantime, let us know what you think by leaving us a line with your thoughts in our comments section below. And as always, come back to Hollywood Hiccups for all the latest news, updates and spoilers on the Kardashians and your favorite daytime television shows right here!

In the meantime, let us know what you think in our comments section below. And as always, come back to Hollywood Hiccups for all the latest news and updates on the Kardashians right here!