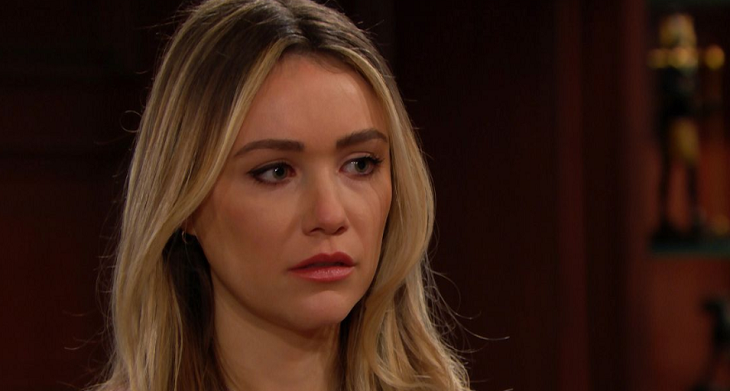 At Spencer Publications, Wyatt cannot believe that he and his former high school sweetheart Flo might actually be brother and sister. He can’t contain his emotions as he is completely freaked out about the revelation. Quinn Forrester (Rena Sofer) can’t help but ask if he and Flo did anything during their prom night but Wyatt refuses to answer.

Shauna Fulton (Denise Richards) is stunned over this possibility. She’s speechless. Bill mentions though that he’s not in any database and that the results might not be accurate. Quinn mentions that a DNA test needs to be done but Wyatt says that Flo already has one. He then gets an email with the results.

At Forrester Creations, Flo, Hope, and Zoe are in one of the designer rooms. Flo says that she doesn’t want everyone to continually reference her as Baby Phoebe’s birth mother. She wants to put the entire ordeal behind her. Hope, however, keeps pressing her for answers to her questions but backs down when she realizes that Flo isn’t willing to talk about it.

Hope thinks that they have a lot in common, but Flo reminds her that their situations are quite different. Zoe then shoots Flo a very telling look. She then gets a phone call and it’s Wyatt with the DNA results.

Bold And The Beautiful Spoilers– Zoe Gets Defensive About Reese

Back at Spencer Publications, Bill is demanding to know the results of the DNA test. Quinn reluctantly tells Wyatt to listen to his father. Everyone then takes a look at the screen. Bill says three words: “Oh my God.” Wyatt can’t believe what he sees in front of him.

At the Forrester Creations design office, Zoe mulls over what just happened with Xander. He wants to take her mind off of things and kisses her before going over their spring break plans. Xander then asks about Zoe’s father, Dr. Reese Buckingham (Wayne Brady).

Zoe doesn’t want to talk about him. She then instructs him to call her right away, should he find anything out about Hope. Zoe is afraid that Flo might tell Hope the truth behind her back. Xander agrees to call her the moment he hears something.

The Bold and the Beautiful airs weekdays on the CBS network. You will have to check your local listings for times. In the meantime, drop us a line with your thoughts in our comments section below.