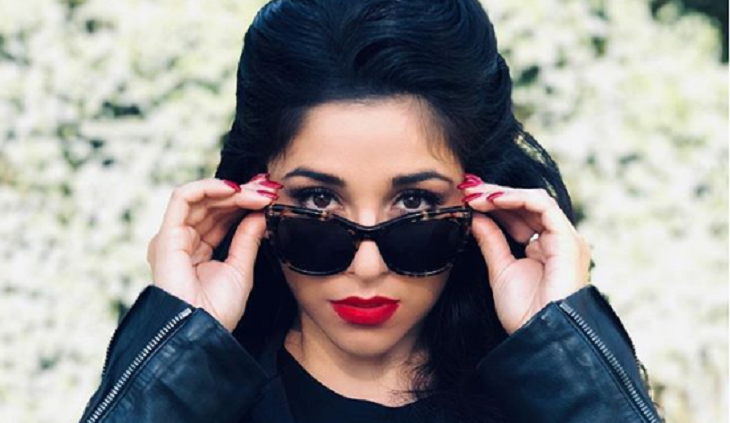 The Young and The Restless star Jordi Vilasuso took to Twitter as he bid farewell to his on-screen wife Noemi Gonzalez, who plays Mia in the sudser.

In his tweet, Vilasuso said, “Since the beginning, you’ve brought everything 2 ur work on @YandR_CBS Opens a New Window. ! U stepped up 2 the challenge of daytime TV and brought so much 2 the complex #MiaRosales Opens a New Window. from the get go. Thx u 4 your talent & passion.U & Mia will be missed but you’re a &will continue 2 burn brighter!”

Noemi Gonzalez’ exit from The Young and The Restless is part of the many different casting changes in the soap. She announced her departure on Instagram. In her post, she said, “It’s been a pleasure thankful, blessed, & honored. Gracias a Dios for this life-changing experience. One more month of Mia in Genoa City, stay tuned for what’s next!! Opens a New Window. ”

Gonzalez made her debut on the show on November 12. Her character was created by the soap’s former boss, Mal Young. When he left the soap, many believed that her character, as well as a few others, might be removed from The Young and The Restless. Gonzalez’ exit comes at the heels of Jason Canela’s departure from the show after being part of it for more than a year.

Mia was Rey’s (Jordi Vilasuso) estranged, trouble-making wife, and when she first appeared in Genoa City, she didn’t waste time and started to stir up drama right away. It was revealed that her marriage with Rey was on the rocks because of her affair with Rey’s brother Arturo.

Young And The Restless Spoilers– How Will Mia Exit?

The couple didn’t have any chance of working things out since Mia still wanted to be with Arturo after all this time. She wasn’t at all that famous in Genoa City because of her attitude. She didn’t make that many friends and she even caused problems which resulted in Lola’s hospital confinement.

Now, Mia is trying to avoid getting charged with assault after what she did to Lola and she plans to continue doing so by claiming that she is carrying Rey’s baby. Now that viewers of The Young and The Restless know that she’s set to leave the show, the question is how.

Will she manage to evade the cops after what she’s done and move somewhere very far and never return? Or will her lies finally catch up to her and she’s about to find herself spending several years in prison?

The Young and the Restless Spoilers: Gina Tognoni Reveals Timeline To Her Exit– Here’s What’s Ahead On Y&R