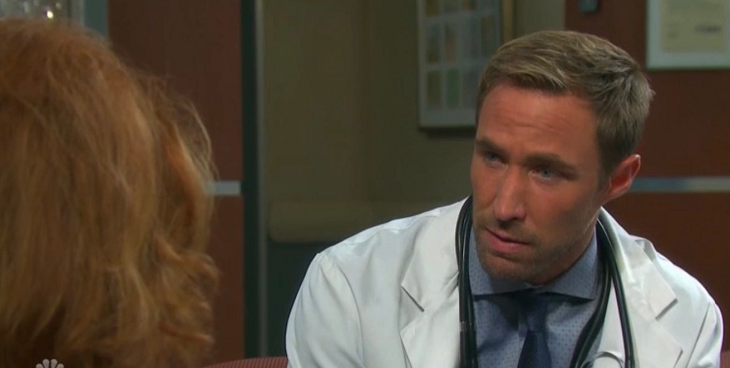 Apart from his recent return to Days of Our Lives, albeit as a different character, Kyle Lowder signed in on a new movie entitled Mermaid for Christmas. The film is described as “filled with warmth, humor, whimsy, and just a touch of magic.”

Lowder, who plays as Rex Brady in Days of Our Lives, is taking on a lead role in the new film. He will be working with other soap stars and alum, including Jessica Morris, Arianne Zucker, Kathleen Gati, Sheree J. Wilson, Chadwick Armstrong, Cole Smith, and Emma Demirjian.

Aside from being part of the cast, Lowder is also one of the executive producers along with Michael and Barbara Caruso of the film, which is currently in the pre-production phase.

Check Out What #DOOL Alum Kyle Lowder Is Up To!https://t.co/sdO3jVcHb7 #Days pic.twitter.com/XWnm1442fB

DOOL Spoilers– Kyle Lowder Is Back On Contract

It was in May last year when it was first revealed that Kyle Lowder would return to Days of Our Lives as Rex Brady instead of Brady Black. Lowder portrayed Brady from 2000 to 2005. During that time, Lowder earned a Daytime Emmy Award nomination for the Outstanding Younger Actor in a Drama category.

Lowder is currently on contract on Days of Our Lives. He was introduced as Rex Brady last fall and then was off-screen for a few months. He recently returned to DOOL and his fans will see more of him in the NBC soap.

Days Of Our Lives Spoilers– Rex Wanted To Win Sarah Back –And He Did!

Eric Martsolf is the actor that portrays Brady now. The two characters interacted during the first few episodes after Lowder was introduced as Rex. It was weird for some viewers but others had fun seeing the two of them together in the same scenes.

Also, Rex’s return to Salem means he wants to win Sarah back by all means. Viewers of Days of Our Lives may recall that Sarah (Lindsay Godfrey) broke things off with him when she found out that he cheated on her with Mimi and got her pregnant. Since then, the couple is in a better place and they are set to get married soon.

Days Of Our Lives Spoilers: Lani Blocks Ben’s Attempt To Spend Time With The Baby– Ciara Pitches In To Help

Lowder also took on the role as Rick Forrester on The Bold and The Beautiful between 2007 and 2011. He also appeared in Friends in the episode, “The One with the Soap Opera Party.”