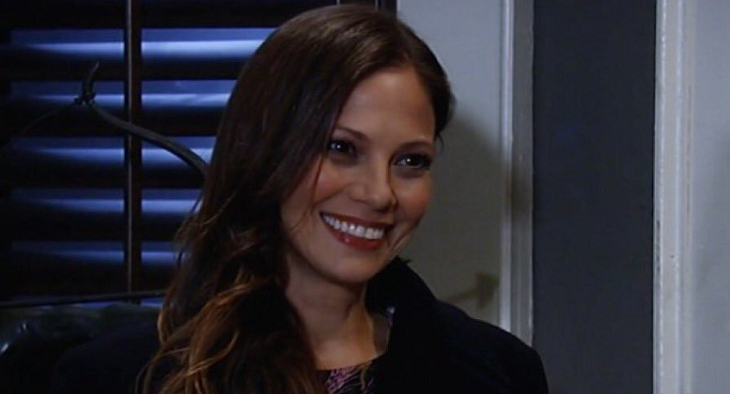 General Hospital (GH) star Tamara Braun (Kim Nero) has opened up about her highly successful daytime television career while also giving fans some sound advice on what they can do if they want to follow in her footsteps. The actress opened up to Digital Journal and spoke about her career so far.

Tamra said that she knew she wanted to be an actress at a very young age and that’s why she decided to pursue her career when she was still a teen. Before playing the role of Dr. Kim Nero, she played Carly Corinthos (which is the role that Laura Wright currently has) from 2001 to 2005. “I found this passion when I was 19 years old and it was incredibly strong,” she said. “Acting is still a love of mine after all these years. I am fortunate and each time I do it, I feel fulfilled.”

Josslyn and Oscar's bridge excursion takes a scary turn. Can they reach help before it's too late? A thrilling, new #GH starts RIGHT NOW on ABC! pic.twitter.com/9DxL6nOaJf

GH Spoilers– Tamara Talks On How She Gets Ready To Work

As far as how she prepares before hitting the General Hospital set each and every day, Tamara admits that there’s a lot of preparation involved. After all, many fans know that the daytime television world is a fast-paced one. The only way to keep up is to sometimes be ahead of the game.

“It’s like going to the gym. The more you exercise your brain, the stronger it gets,” she said. “When the writing is good, learning heavy dialogue is easier and it flows smoother.”

Tamara also said that while she enjoys what she does, there have been a few bumps along the road. But that shouldn’t deter anyone from pursuing their passion.“You need to have discipline, passion and a very strong backbone. It’s a business that can be very unkind and unforgiving,” she said. “If you have the passion, then go for it. You study and you learn to hone your craft and really go for it. It’s discipline and hard work.”

Meanwhile, fans can expect to see Tamara Braun at the General Hospital Fantasy event in Melville in Long Island, New York. Tamara added that she is very excited to meet and greet all of her fans at the event.