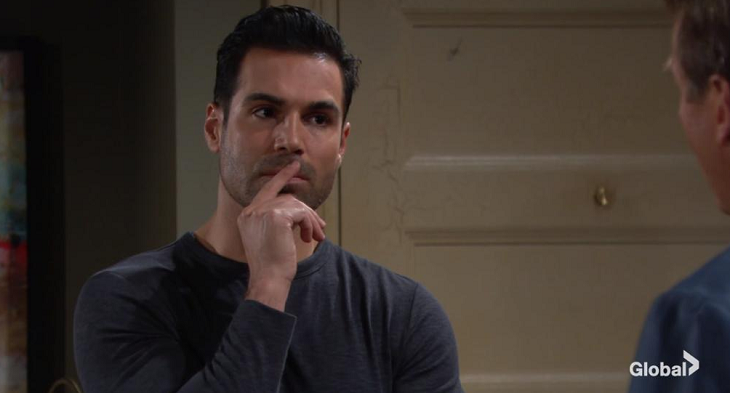 The Young and the Restless (Y&R) spoilers tease that Arturo (Jason Canela) and Rey Rosales (Jordi Vilasuso) come to an agreement about something top secret. The spoilers don’t say what their agreement is about, but it could be about Mia Rosales (Noemi Gonzalez). Here’s what you need to know about what’s ahead on Y&R.

It’s pretty clear that Lola Rosales’ (Sasha Calle) case is high on Paul Williams’ (Doug Davidson) priority cases. Y&R spoilers say that Paul will ask Rey to come to see him so he can ask him a few more questions.

It quickly becomes evident that Paul suspects that Mia is the attacker. He went as far as to suggest that Mia attacked Lola thinking she was Abby Newman (Melissa Ordway). Rey was blown away, but not for the reasons Paul believed. Rey couldn’t help but feel anxious as he helped Mia conceal the crime.

Paul rattles Rey when he asks him if he’s talked to his brother recently. He noted he was looking for him so he could get his take on whether Mia was capable of attacking Lola.

Young And The Restless Spoilers– Arturo And Rey’s Pact

Before Rey could get to Arturo, Paul interviewed him. Y&R spoilers say that Arturo didn’t confirm anything. In fact, it was the opposite. He couldn’t imagine Mia doing anything like that.

It isn’t clear if Arturo calls Rey or vice versa, but they get ahold of each other and go over what they need to do to protect Mia and Lola. The last thing they want to come out is Mia attacked Lola. Rey agreed with Arturo’s take and said that Lola would be devastated to learn that Mia was the one who shoved her in the pool and almost cost her life.

The brothers make a deal to keep it all a secret and protect Mia at all cost. If for no other reason but to protect Lola from finding out the truth. Will Paul find out the truth about the attack without their help?

The Young and the Restless Spoilers: Ashley Playing Another Family Game – Jack Caught Off Guard