The Young and the Restless Spoilers: Ashley Playing Another Family Game – Jack Caught Off Guard 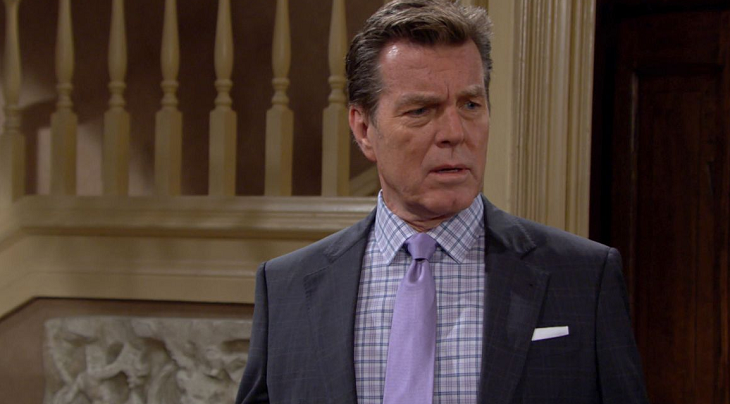 Jack (Peter Bergman) is back as the head of Jabot on The Young and the Restless. But he’s not fully on his game yet. Much to his chagrin, Ashley (Eileen Davidson) is.

With all due respect or disrespect as the subjective case may be, Y&R continues to write Davidson’s character into the vindictive territory. Is Ashley really this petty and mean?

Longtime characters need to be refreshed, or in some cases, devolved, in order to provide actors with room to stretch their creative wings. In Davidson’s case, she’s a Y&R and Days of our Lives veteran whose acting chops are unquestioned.

Y&R Spoilers– Why Is Ashley Being So Dark?

Currently, Davidson’s character is also sporadically recurring due to the actor’s desire to be off a regular contract. This could be a partial reason why the behind-the-scenes decision-makers are writing Ashley dark unless the actor has requested this move herself in order to offer a different take on legacy personality.

Fans will see Ashley throughout April, as a few planned comeback scenes will also be accompanied by the coming tribute to Kristoff St. John (Neil) and by scenes at the end of this month that will honor his character’s life.

A keen Jack would have suspected any rival, even Ashley, of having bugged the sampler package that arrived at the Abbott house. Those My Beauty products in the wicker basket were accompanied by an electronic device that relayed crucial information to Ashley, who was just recently in town.

Was the scorned Abbott sibling listening in Paris, France, or in a suite at the Genoa City Athletic Club? Viewers weren’t initially told.

Young And The Restless Spoilers– Ashley Caught Jack Off Guard

Regardless, Ashley heard Jack’s comeback plan for Jabot and copied it. Then she fed a media outlet with information that appeared in an online story about My Beauty’s plans, which were meant to intentionally mimic Jack’s ideas.

Ashley has followed her horrid tell to Jack about John (Jerry Douglas) not being his father, when he was all along, with this Jabot take-down plan. She apparently isn’t thinking about what her daddy (‘Ash’s’ nickname for John) would want. Maybe it’s time for him to pay her a visit, as he often frequented Jack despite being in the great beyond.