General Hospital News: Cady McClain Thanks Fans For Campaigning For Her To Take Over Nina Reeves’ Role 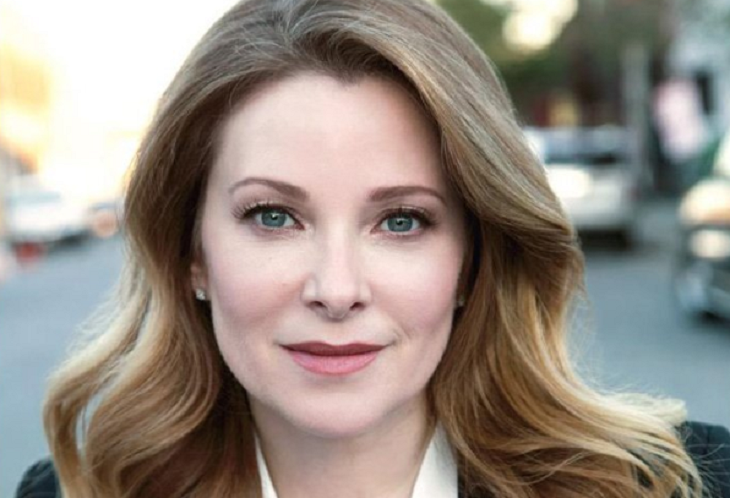 General Hospital (GH) fans were stunned by Michelle Stafford’s decision to leave the show, leaving Nina Reeves in limbo as ABC scrambled to find a replacement.  Many dedicated fans thought that Cady McClain, who is Jon Lindstrom’s (Ryan Chamberlain/Kevin Collins), real-life wife.  She is a soap opera legend and she would be great in the role. However, yesterday People reported that Cady was not selected as Cynthia Watros is the new face of Nina.

Even though Cady was not under consideration for the role, she took to Twitter to thank her fans for campaigning and hoping that she would be the new face of Nina.

The talented actress said that she has enjoyed watching the fans campaign so hard for her to step into the role of Nina. Typical of her cheerful demeanor, Cady told the fans that Cynthia is going to be a great Nina and they should support her.

Quick shout out to all the fans who were advocating me for a role on #GH. It was never a conversation but I enjoyed watching the rumor mill go wild! Thanks for being awesome. #gratitude Now let’s support the amazing Cynthia Wattros who’s gonna kill that role! @GeneralHospital

“Quick shout out to all the fans who were advocating me for a role on #GH. It was never a conversation but I enjoyed watching the rumor mill go wild!” Cady wrote on Twitter.  “Thanks for being awesome. #gratitude Now let’s support the amazing Cynthia Watros who’s gonna kill that role! @GeneralHospital”

Stafford’s contract does not expire until the end of May.  She will likely appear as Nina until the very end of May, with Cynthia stepping into the role at the beginning of June.  ABC has not revealed a timeline for the actor swap yet, but it’s kind of far out yet for the soap to starting talking about Michelle’s exit.

It would have been great if Cady could have taken over the role of Nina. Quite frankly, no one does crazy like the gorgeous Cady McClain.  She played the broken and unbalanced Kelly Andrews so well on Y&R, which ironically, Cynthia also played the role just before Cady took over the role.

It’s great that Cady took time to thank her fans for the support and congratulated Cynthia Watros for her new gig. Don’t forget to come back later for more General Hospital (GH) spoilers, news, and casting updates!

General Hospital Spoilers: Willow Wants To Talk To Kristina About Dawn Of Day– Can She Get Over Her Shiloh Fears?