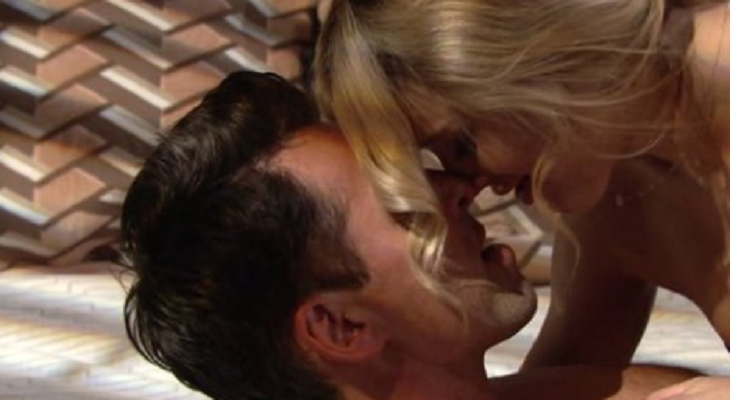 The Young and the Restless (Y&R) spoilers tease that Billy Abbott (Jason Thompson) will soon have a big problem on his hands. Phyllis Abbott (Gina Tognoni) will reveal a stunning secret—something so terrible it will rock Victoria Newman (Amelia Heinle) and Cane Ashby (Daniel Goodard). Here’s what you need to know about what’s ahead on Y&R.

As Phyllis struggles to get leverage on Jack Abbott (Peter Bergman), she decides to pick on Billy to let off some steam. Y&R spoilers state that will decide to reveal a shocking secret to Victoria – Billy slept with Summer Newman (Hunter King) and that’s what led to their break up.

The secret will shock Victoria as she thought Billy’s gambling is what led to their break up, It isn’t clear if Victoria will act as she knew or if she will let Phyllis know how shocked she is about the scoop.

Victoria will contact Billy immediately to confirm the scoop. Y&R spoilers state he will have to admit the truth as Summer will confirm Phyllis’ story. This could hurt Villy chances of a happily ever after.

The Young And The Restless Spoilers– Cane Unleashes On Billy

While Cane admitted he was wrong for kissing Victoria while Lily Winters (Christel Khalil) was in jail, the fact that Billy slept with Summer will really get under his skin. Y&R spoilers point out that Billy was the one who blew the whistle on he and Victoria’s kiss, revealing everything to his wife, Lily.

Cane will let Billy have it and wonder how he could sit in judgment of anyone. Of course, he will try to talk his way out of the mess, but Cane will be adamant that Billy has no room to talk.

It’s possible that Billy’s hook up with Summer could ruin Villy’s chances at a reunion. Cane will let Lily know that Billy had no room to expose his kiss with Victoria since he slept with his girlfriend’s daughter. It’s pretty clear Victoria is going to be angry with the fact that Billy had sex with her niece.

The Bold And The Beautiful Spoilers: Liam Better Watch Out — Thomas makes a play for Hope

Do you think Billy and Victoria can make it work after Phyllis reveals Billy’s hook up with Summer? Don’t forget to come back for more The Young and the Restless (Y&R) spoilers, news, and casting updates!