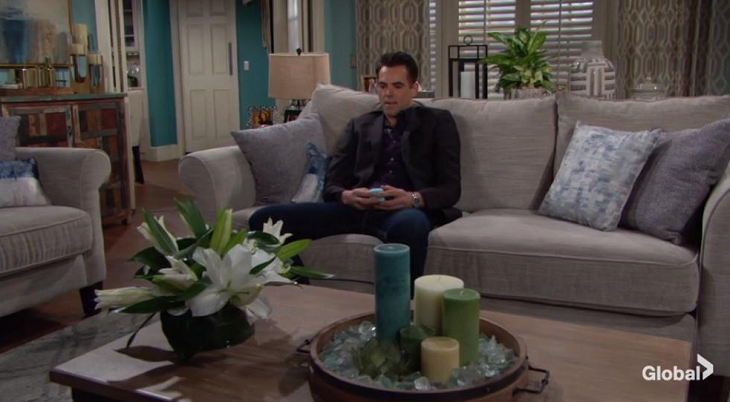 The Young and the Restless (Y&R) spoilers for Monday, April 15, tease that Niki Newman (Melody Thomas Scott) will arrive at Victoria Newman’s (Amelia Heinle) place, where the two will discuss Victoria’s adventures in Las Vegas and the fact that she and Billy are back together but taking things slowly.

Nikki will suspect that Victoria’s keeping something from her, and Victoria will spill that Victor Newman (Eric Braeden) is in Las Vegas and not in New Zealand on business. Nikki will be shocked and upset, and she’ll state that Victor has lied to her for the last time. Nikki will leave Victor a voicemail telling him to be home tomorrow or else. She then decides that she and Victoria should find out the truth.

Y&R Spoilers– Cane Wants To Work On His Marriage

Next on Y&R, at the Abbott estate, Traci Abbott (Beth Maitland) will be pleased when Billy Abbott (Jason Thompson) says that Victoria is ready to move forward. Cane Ashby (Daniel Goddard) will arrive to apologize to Billy.

Afterward, Billy will leave and Traci will ask Cane about Lily Ashby (Christel Khalil). Cane all say that she’s being released this week, but he can’t sign the divorce papers.

At Devon Hamilton’s (Bryton James) place, Ana Hamilton (Loren Lott) and Jett Slade (Gilbert Glenn Brown) will sing together. Devon will applaud and say that he wants to sign Jett to his label, but Jett will decline. Jet will say that his time has passed, but Devon will argue that his voice is timeless. Jett will agree to think about it.

Next on Y&R, Jack Abbott (Peter Bergman) and Abby Newman (Melissa Ordway) will chat on-site at the restaurant. Jack will want to launch the Jabot collective at the same time as her restaurant, but she’ll decline. Abby won’t want to work with Jabot until the feud with Ashley Abbott (Eileen Davidson) is over.

Young And The Restless Spoilers– Billy Worries About Abbott Feud

Later, Devon will arrive at the restaurant and question Abby about her telling Mariah Copeland (Camryn Grimes) that she could promote the opening on GC Buzz. Abby will claim it’s all a misunderstanding and she’ll focus Devon on the stage. She’ll want LP artists to play there.

At Jabot, Billy will arrive and he and Jack will update him on what happened with Ashley and how he bought her off. They’ll know that Ashley will strike back at some point, and Billy will hope that they don’t end up destroying each other and Jabot. They’ll also discuss Victoria, and Jack will worry that the two of them are going at different speeds.

Next on Y&R, in Chancellor Park, Traci will tell Cane that he must fix himself first before anything else. She’ll want him to dig deep and be honest with himself and battle his demons. He’ll discuss the lies he’s told, and how he doesn’t feel like he deserves Lily. Traci will say that he’s made a big step today in facing the truth.

Back at Devon’s place, he’ll return home and listen to more of Ana and Jett’s singing alongside Elena Dawson (Brytni Sarpy). Devon will announce that they will sing at the opening of the restaurant. They’ll balk, but Elena will help Devon talk them into it. Later, Devon will thank Elena and invite her to the restaurant opening.

At Victor’s office, Nikki and Victoria will snoop around, looking for something that could clue them in as to what Victor’s up to. He’ll call Nikki, claiming to be in Istanbul, and quickly hang up. The ladies will end up finding a psychiatrist’s bill for a place in Nevada near Las Vegas. They’ll be intrigued since Victor’s not the kind of person who’d go to a psychiatrist.

Young And The Restless Spoilers– Billy Pops The Question

Next on Y&R, Jack will arrive home where Traci is trying to hide something. Turns out, it’s another gift from Ashley, but she doesn’t want Jack to see it. He’ll look, and it will be an ad for Jack of Hearts featuring Kerry Johnson (Alice Hunter) and a male model. Traci will warn Jack not to sink to Ashley’s level, but Jack will call Ashley to tell her well played.

Back at the restaurant, Arturo Rosales (Jason Canela) will arrive to talk to Abby.

Finally, on Y&R, Billy will let himself into Victoria’s house and pull out an engagement ring. He’ll wait for Victoria to arrive home.