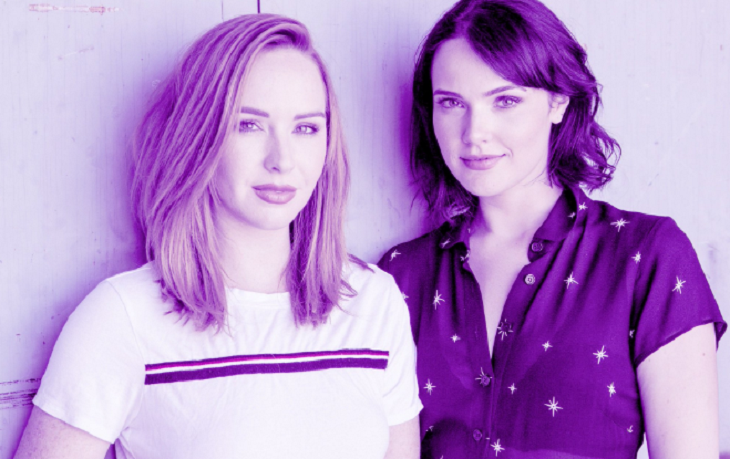 The Young and the Restless (Y&R) spoilers tease that more exits are coming to the CBS soap opera in the coming weeks. Of course, after the fans went and ran with this, suggesting that Cait Fairbanks, the actress who plays Tessa Porter, is probably on the chopping block. The actress used her Twitter account to respond to clear the air on this wild rumor. Here’s what you need to know about what she had to say about her standing at Y&R.

When Y&R experienced a regime change from Mal Young to Josh Griffith a few months ago, many of the fans assumed that Tessa would leave Genoa City. She had not been seen on the show for quite some time. Despite not being on the show often, Fairbanks says that it’s only a rumor that she is leaving the show.

Here’s what Camryn Grimes and Cait Fairbanks had to say about it on social media:

Tessa is one of those characters that spark lots of reactions from the fans – both love and hate. Many aren’t happy with Tessa’s relationship with Mariah Copeland (Camryn Grimes). It’s not that they are against a gay relationship, exactly. Many feel that Tessa is not right for Mariah. She’s a con artist and she had noticeable problems being honest.

Young And The Restless Spoilers– What’s Ahead For Tessa?

Moving forward, head-writer Josh Griffith said he planned to bring Tessa back into the fold. He will focus on her music again, teasing that this time, she may make it big. He noted that there is no doubt that Cait is a talented singer and he wants to highlight that moving forward.

So, there you have it fans. It doesn’t look like Tessa is going anywhere anytime soon. And, Y&R is going to create a storyline for her. Let’s hope Tessa can stay out of trouble moving ahead as Mariah has dealt with enough stress from her shenanigans.

Are you happy Cait Fairbanks is sticking around for a while longer on Y&R? Don’t forget to come back later for more The Young and the Restless (Y&R) spoilers, news, and casting updates!