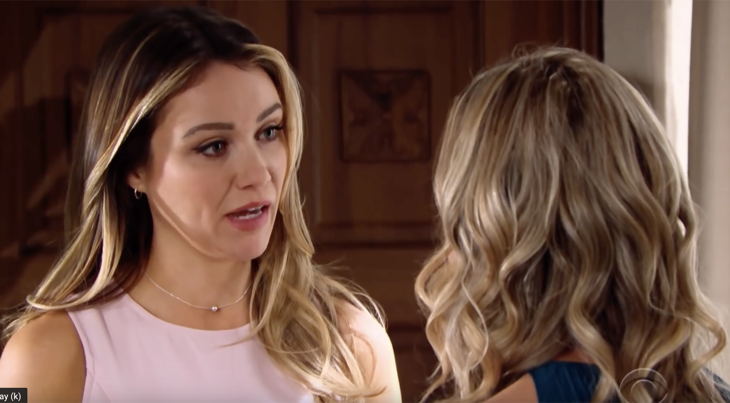 “Bold and the Beautiful” (B&B) spoilers for April 15-19 tease that Flo Fulton (Katrina Bowden) will still be stunned by her father’s identity. She will feel shocked that she is a Logan and her cousin is Hope Logan (Annika Noelle), the woman she is keeping from her baby, Beth.

Flo will struggle with feelings of guilt and the urge, to be honest about the baby’s identity. In the end, she decided to wait to tell because the truth is too painful.

In a get together with the Logan family, Hope tells the family that Flo is Phoebe’s birth mother. B&B spoilers say that Shauna Fulton (Denise Richards) denies that, stating that her daughter has never had a baby. Of course, that shocks everyone—but no one as much as Hope.

The Bold And The Beautiful Spoilers: Hope’s Misery Set To End – Lope’s Challenges Lie Ahead

Once alone, Flo tells Shauna the story and begs her to stay quiet and pretend she is Phoebe’s birth mother. B&B spoilers say she will agree but will feel like it is a very bad idea.

In a conversation with Thomas Forrester (Matthew Atkinson), Ridge Forrester (Thorsten Kaye) is troubled by his attachment to Hope. B&B spoilers say that Thomas will admit that he has feelings for her and he loves how good she is with his son.

Ridge will warn his son that he needs to be careful as Hope is a married woman and they are trying to repair their marriage.

Thomas will appear to hear his dad out but will turn around and encourages Hope to send Liam Spencer (Scott Clifton) to Paris to spend time with Kelly and Phoebe. He knew if Liam was around, his time with her would be limited.

Is Thomas trying to make a move on Hope? Do you think Flo secret will come out soon about Beth? Don’t forget to come back later for more The Bold and the Beautiful (B&B) spoilers, news, and casting updates!