The Young And The Restless Spoilers: A Y&R Insider Reveals The Truth On Why Gina Tognoni Was Fired 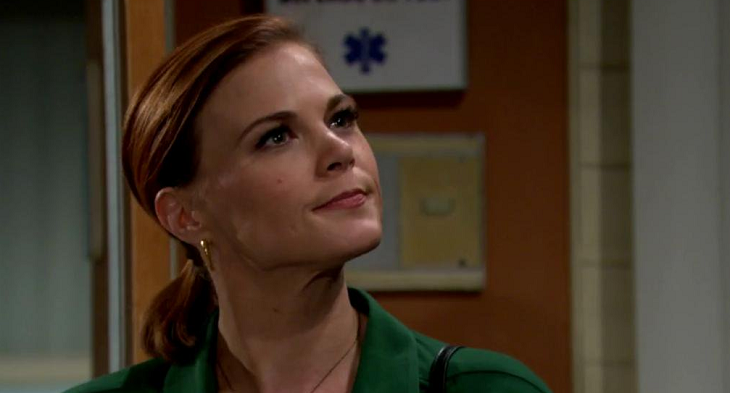 The Young and the Restless (Y&R) spoilers tease that the reason Gina Tognoni lost her job as Phyllis Abbott is not completely honest. In the newest issue of Soap Opera Digest, the reason head writer Josh Griffith gave for the Phyllis swap is to bring the show back to what it used to be. And, the fact is, the Y&R fans are not buying it. Here’s what you need to know about what’s ahead on Y&R.

Griffith said that coming in after Mal Young’s exit has been difficult. The soap opera needed some big changes and he had to make some tough decisions. For one, he had to cut part of the cast that was no longer working. For that, it was easy — he got rid of Jason Canela, Noemi Gonzalez, and Alice Hunter.

That wasn’t enough though. Josh decided to bring back Adam Newman. So, he and the casting team started the search of finding the perfect Adam.

PHOTOS: Sneak Peek At Next Week, December 25-29. Billy and Phyllis share their first Christmas as a couple. https://t.co/wZbqIA4QR1 #YR pic.twitter.com/zzRmRC1QaI

According to a set insider source, when that still wasn’t enough to make the writing team feel confident of the direction of the show, they decided to contact Michelle Stafford to find out if she was interested in coming back as Phyllis. For whatever reason, it all panned out well and Gina was told that her contract would not be renewed.

Young And The Restless Spoilers— The Big Question Is Why?

The biggest question the Y&R fans have on the changes is why? If it was to restore the soap opera to a previous era, why didn’t they rehire Michael Muhney as Adam? Why is there another Adam for the fans to get used too?

Most fans don’t believe the reasoning Josh provided. A much more likely reason seems to be Gina was too close to Mal Young and his team so they wanted to get rid of her for that reason. At least, that would be a decision that many of the fans would understand and accept.

Michelle will be wrapping up her run as Nina Reeves on General Hospital by the end of May. Then the Phyllis switch will happen the first week of June.

Do you believe that Gona Tognoni was fired to restore Y&R back to a previous era of the show? Don’t forget to come back later for more The Young and the Restless (Y&R) spoilers, news, and casting updates!