The Young And The Restless Spoilers: Is Devon Ready For A New Love? 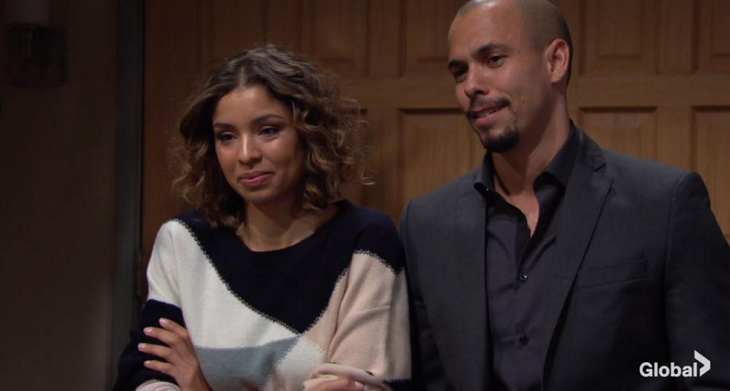 It’s pretty clear that Devon Hamilton (Bryton James) is feeling a connection to Elena Dawson (Brytni Sarpy) on The Young and the Restless. He tried to keep her at arm’s length, but he feels something special for her. The Y&R fans are worried that Devon may not be ready for romance just yet as it hasn’t even been a year since Hilary died.

Y&R Spoilers– Is It Too Soon For Romance?

It wasn’t that long ago that Devon was devastated by Hilary Curtis’ (Mishael Morgan) loss. He did not handle her death well and his family wasn’t sure if he’d find his way out. However, with the help of therapy and anxiety medications, he made it through. Now, the billionaire is finding himself questioning if it’s time to move on with another woman.

Y&R spoilers say that Elena is a great match for Devon. She is successful and smart. Not only that, but she’s full of life too.

Devon is being encouraging and talking up Hilary's skills. It's what the queen deserves. #YR #Hevon pic.twitter.com/e7PpJOviBH

The biggest question is Devon ready to be open for love again? We all know that he wants a life with someone with children. However, has he healed enough after Hilary’s death to have a healthy relationship?

Young And The Restless Spoilers–Will The Fans Accept Elena?

Another big question is will the Hevon fans accept Devon moving on with Elena? She seems to really like him and they could make a great couple. However, the Y&R fans are still upset that Hilary left the show, leaving a huge hole in the show.

Hilary was a character that was hard to replace. She was multidimensional and since her exit, the show has been off centered. Hopefully, Elena will begin to fill that void.

No one knows what the future holds for Devon and Elena, but there is a lot of potential for something amazing between them. From the moment they locked eyes on each other, sparks flew between them. Let’s see if they can make it something special and help Devon fully move on from Hilary’s death.

The Young And The Restless Spoilers: A Y&R Insider Reveals The Truth On Why Gina Tognoni Was Fired