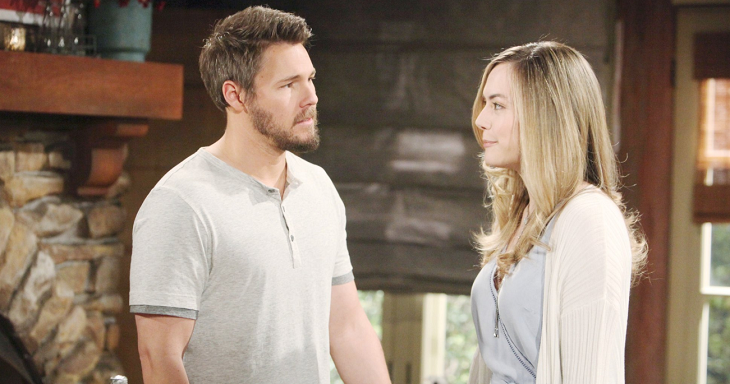 The Bold and the Beautiful (B&B) spoilers for Wednesday, April 17, tease that Florence “Flo” Fulton (Katrina Bowden) will struggle as she fills her mom Shauna Fulton (Denise Richards) in on the rest of the baby swap story. She’s just told Shauna that she’s pretending to be the birth mother to Hope Logan’s (Annika Noelle) biological child.

On Wednesday’s episode of B&B, Shauna will hear the remainder of the story. She’ll learn that Reese Buckingham (Wayne Brady) adopted Hope’s baby to Steffy Forrester (Jacqueline MacInnes Wood) and that Steffy is raising the baby as “Phoebe Forrester” (Isabella de Armas and Redford Prindiville). Shauna will be horrified by the story, and she’ll realize that her daughter is in real trouble here.

Of course, this is a situation in which the truth really needs to come out for everyone’s sake, but if it does then Flo could face serious legal trouble and even jail time. And of course, Flo would be going up against some of the most powerful families in Los Angeles – the Forresters, the Spencers, and the Logans.

Flo will probably feel some relief about finally being able to unburden herself about what she’s mixed up in, and Shauna will likely offer her daughter some support. But the wheels in Shauna’s head will likely be turning, as she’ll want to help her daughter get out of this terrible situation…that is if that’s even possible.

Meanwhile, on the new episode of The Bold and the Beautiful on Wednesday, April 17, Hope will catch up with Liam Spencer (Scott Clifton) and give him updates on Flo suddenly finding out that she’s a Logan. Liam will be shocked by the news, but in a way, it might make sense to him. After all, Hope felt a connection to Flo early on, and their family connection makes that make sense.

Bold And The Beautiful Spoilers– Liam And Hope Worry About Steffy

According to B&B spoilers, Hope and Liam will have a chat about what Flo’s newfound situation means for Steffy and Phoebe. They’ll determine that Steffy needs to be told about Flo being Storm Logan’s (William deVry) daughter, but they’ll debate exactly how and when that should be done.

They’ll probably determine that Steffy needs to be told about Flo’s parentage in person since B&B spoilers indicate that Liam will soon be taking a trip to Paris to visit Steffy and the girls. They’ll realize that Steffy might have some difficulty with the information since she wasn’t ever expecting Flo to be a part of Phoebe’s life going forward.

But now, Flo will be an active part of the Logans’ lives, which means that she’ll inevitably run into Steffy and Phoebe from time to time. This could cause some awkward moments, and Steffy will need to prepare for those situations.

Of course, Steffy is under the false belief that Flo is Phoebe’s biological mother, so she may worry about how things will play out going forward.