The Young And The Restless Spoilers: Noemi Gonzalez And Jason Canela Tapes Final Scenes– Teases Dramatic End To Mia And Arturo’s Storyline Ahead 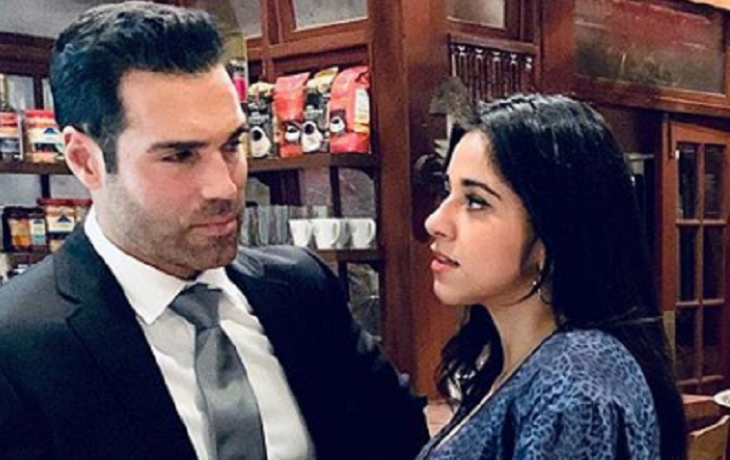 The Young and the Restless (Y&R) spoilers tease that there is more drama headed to Genoa City as Noemi Gonzalez (Mia Rosales) exit approaches.  The actress shared that she taped her final scene and it will stun the viewers how her alter ego leaves town. And, as a tease, she teases that no one has guessed her fate right on social media yet.  Here’s what you need to know about what’s ahead on Y&R.

Right now, Mia is in the middle of a hot storyline.  She isn’ sure if her husband Rey Rosales (Jordi Vilasuso) or his brother Arturo Rosales (Jason Canela) is the father of her baby.  Y&R spoilers state that she believes it is Rey but she isn’t completely sure yet.

The Young and the Restless Poll: How Should Y&R Bring Adam Newman Back? Vote Now!

The actress took to social media to let her followers know that her run as Mia is over.  She thanked them for their support and love for her character.

“Thank you to everyone for all your love and support 🙌🏽🙏🏽❤️ I’m so thankful for you!! ❤️ feeling grateful, honored, and humbled by all your sweet comments 🙈❤️😘😘!!” Noemi shared on Instagram.

Young And The Restless Spoilers– Will Mia Go To Jail?

The biggest question mark on her exit storyline is how will she leave Genoa City?  Will she go to jail? Will she leave with Arturo and have a happy ending?  There are so many ways this could end for her.

The actress teased that even though the fans have been creative on how her exit could play out, no one has guessed right, yet.

Vilasuso gave a huge hint when he posted his newest tribute and goodbye to both Noemi and Jason.  He said they both wrapped up filming their final scene.  That seems to suggest they will leave town together, doesn’t it?

“Feel blessed to have had @jasoncanela and @iamnoemigonzalezbecome like family to me. My heart broke today as they filmed their last scenes and are moving along in their journey. They have inspired me beyond belief and I’m SO GRATEFUL to not only have worked with them but also to have grown with them. Here’s to my Rosales familia! 🙏❤️💪,” Jordi posted on Instagram.

How do you think Mia will exit Y&R?  Don’t forget to come back to Hollywood Hiccups for more The Young and the Restless (Y&R) spoilers, news, and casting updates!