The Young And The Restless Spoilers: Wednesday, April 17 – Jack Argues With Dina – Billy’s Proposal Is Interrupted – Cane Wants To Fight For Lily 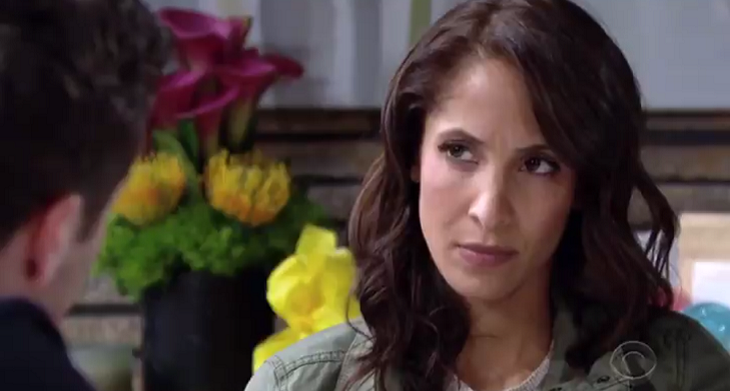 The Young and the Restless (Y&R) spoilers for Wednesday, April 17, tease that Summer Abbott (Hunter King) will be furious with Phyllis Summers (Gina Tognoni). She’ll visit her mom at her hotel room and the two will argue. Summer will surmise that Phyllis never got over her affair with Billy Abbott (Jason Thompson) and that this must be payback. The two will rehash that past, and then discuss Summer’s marriage.

Next on Y&R, at Victoria Newman’s (Amelia Heinle) place, Billy will have prepared a nice evening for her with wine and dinner. They’ll have dinner, then dessert with the kids, and finally Billy will get down on one knee and proposes. But before Victoria can answer, Phyllis will start banging on the door, yelling for Billy.

Meanwhile, Cane Ashby (Daniel Goddard) will take the twins out for dinner. He’ll tell them that Lily Ashby (Christel Khalil) will be released tomorrow and that he didn’t sign the divorce papers and plans to prove himself to Lily. He’ll go on to explain that he’s going to resign from Chancellor and instead do something to give back.

But the twins won’t like this plan. Mattie Ashby (Lexie Stevenson) will tell Cane to just accept that her mom doesn’t love him anymore and let her go. Then Mattie will walk off, and Charlie Ashby (Noah Alexander Gerry) will tell Cane that if he’s in denial it’s best not to find out the hard way. But Cane will say that he can’t give up.

Young And The Restless Spoilers– Mariah And Tessa Recieve A Threat

Next on Wednesday’s episode of Y&R, Mariah Copeland (Camryn Grimes) and Tessa Porter (Cait Fairbanks) will chat at Crimson Lights, which has closed early for the evening. Tessa will play a song for Mariah, and they’ll enjoy a romantic dinner together, but their time together will be interrupted when someone throws a brick through the window. Attached to the brick will be a note saying, “Give up the gossip, you’re ruining people’s lives.”

At the Abbott estate, Dina Mergeron (Marla Adams) will fuss at Jack Abbott (Peter Bergman) and call his lifestyle idea for Jabot “nonsense.” Jack will argue back, but Dina will say that he’s failed his father, which will prompt Jack to yell that she’s the one who walked out on his father and three kids. Ultimately, Dina will leave the situation.

Afterward, Jack will discuss the argument with Traci Abbott (Beth Maitland), but it won’t really help him much. Once he leaves, Traci will flashback to her conversation with Cane, then start to write her next novel…about a man trying to win back his true love. Eventually, Cane will show up at the Abbott door looking for Traci, but he’ll leave.

Finally on Wednesday’s episode of Y&R, Jack will be working at Jabot when Young Dina Mergeron (Cathy Marks) appears to him in a vision. Jack will confront her about how he needed her, but she wasn’t there, and this affected every part of his life. Jack will ask Young Dina why she left, and she’ll explain that she was deeply unhappy and selfish.

Young Dina will say that nothing she can say will take away the pain, but the real question is what Jack wants now. Jack will then come out of his vision and ponder his mother’s question.