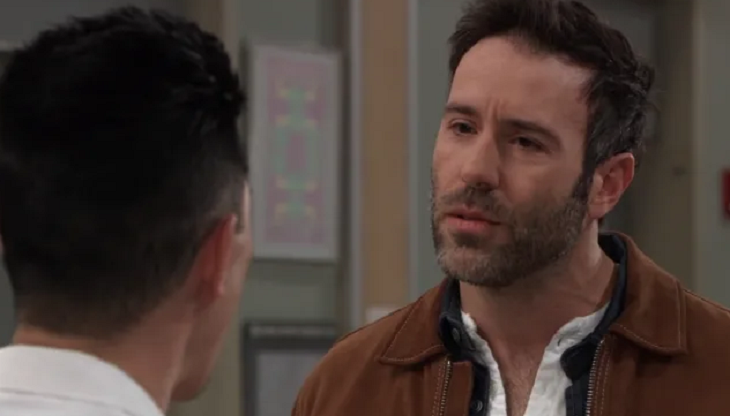 General Hospital (GH) spoilers tease that Jason Morgan (Steve Burton) will take the Dawn of Day cup elsewhere to be tested for drugs after Brad Cooper (Parry Shen) only went by what Shiloh Archer (Coby Ryan McLaughlin) told him and told Jason all it tested for was tea and valerian root, which is a natural herbal sedative.

However, even if the valerian root was combined with another herbal tea with a sedative effect it shouldn’t have knocked out Kristina Corinthos-Davis (Lexi Ainsworth) the way it did; there had to be more in that cup than that!

General Hospital viewers will recall that after Brad gave Jason the results, he also gave him the cup. However, that is a little odd after Shiloh caught him with the cup earlier, and such a huge deal was made by Harmony (Inga Cadranel) that if the cup fell into the wrong hands, it could mean big trouble for Shiloh and Dawn of Day!

Why has the “Adjusting Cufflink Pose” become the equivalent to selfie “duck lips” when being photographed wearing a suit? pic.twitter.com/y05C5X5nLL

Shiloh had told Brad that the cup was his! Perhaps Shiloh has a spare cup, and a switch was done off-screen; and the cup is what Shiloh will use as evidence to accuse Jason of breaking into Dawn of Day and pursue charges with, including those of kidnapping Kristina!

General Hospital Spoilers– Will The Test Find Anything On The Cup?

However, General Hospital viewers will note that Jason will have talked to Brad and asked him if he is a member of Dawn of Day, and figure that if he is, he either didn’t run the test or falsified the results. Since Jason has the cup (assuming it’s the same cup) he will more than likely take it and get it tested elsewhere to be sure.

Of course, if Shiloh pulled a switcheroo and Jason has a different cup than what was used to knock Kristina out for the initiation ceremony, then he’s back to square one, and he will have to try and trap Shiloh another way.

Jason doesn’t trust the police, but if he had taken the cup to Detective Harrison Chase (Josh Swickard), who had been willing to work with him, Chase wouldn’t have cared how Jason got the cup if it meant being able to take down the creep that hurt his girlfriend!

General Hospital Spoilers: Olivia Gets The Quartermaine Mansion Ready For Oscar– The Teen Enters His Final Stage Of Life