The Bold And The Beautiful Recap Wednesday, April 17: Shauna Wants Flo To Do Damage Control–Liam Learns Of Flo’s Logan Status 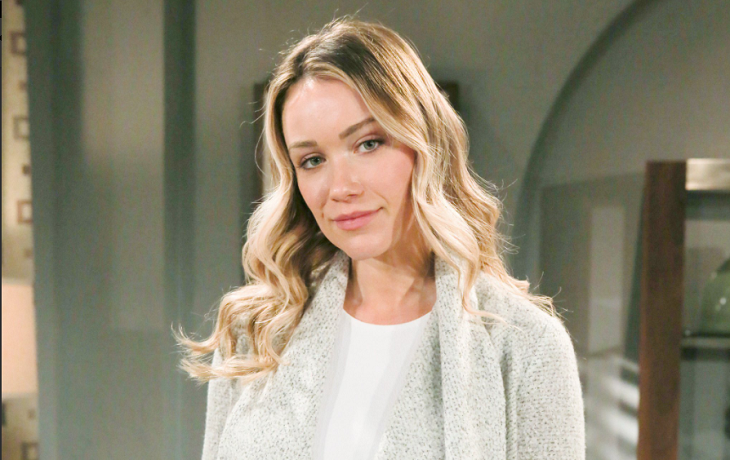 The Bold and the Beautiful (B&B) recap for Wednesday, April 17 finds Shauna Fulton (Denise Richards) horrified over what her daughter Flo Fulton (Katrina Bowden) has done to Hope Logan (Annika Noelle). Elsewhere, Brooke Logan (Katherine Kelly Lang) believes as though her brother Storm Logan is back, thanks to Flo. Also, Liam Spencer (Scott Clifton) finds out that Flo is a Logan.

It all begins at Forrester Creations, where Brooke thanks everyone for coming. She announces to her guests that she has a new niece: Flu Fulton. Eric Forrester (John McCook) is glad to hear that Storm’s legacy will love on. Quinn is happy to know that Flo is now a part of their inner circle while Ridge Forrester (Thorsten Kaye) can’t help but wonder if he knows Flo and Shauna from the past.

However, he realizes that both Steffy Forrester (Jacqueline MacInnes Wood) and Taylor Hayes (Tylo Hunter) have been kept in the dark about all of this and he wants to keep it this way. Brooke later tells Ridge that she feels as though her brother is back. She can sense his spirit and is so happy that Flo has found her way into their family. Ridge admits that the Logan women are one of a kind.

At the cabin, Hope updates her husband Liam about Flo being hew new cousin. Liam isn’t sure if the DNA results are accurate. Hope believes it and says she’s excited about growing closer to Flo, especially now that they know they are cousins. Liam points out that if Phoebe is truly Storm’s granddaughter then they might want to look into his health history and of course, his will.

Hope asks Liam if he is going to tell Steffy. She also admits that she misses Steffy’s daughters and can’t wait to see them again. Liam says that he misses the girls too but would rather focus on Hope and her grieving process. They begin to make out but a hesitant Hope pulls away.

Bold And The Beautiful Spoilers– Shauna Tries To Protect Flo

At Flo’s apartment, Shauna is left reeling over the fact that her daughter was involved in such a horrific and despicable scheme. Flo insists that this was all Dr. Reese Buckingham’s (Wayne Brady) fault and that she didn’t know what to do.

Shauna keeps on repeating that Hope thinks her daughter is dead and can’t get over it. Flo also says that she never thought she would ever meet the baby’s real birth mother, let alone find out that she is now related to her.

Flo also tells her mother that Zoe Buckingham (Kiara Barnes) knows everything and that if the truth comes out, she will end up going to jail. Shauna insists that her daughter tell the truth. Shauna realizes that her daughter might go to prison, but she warns that she can’t live her life like this, knowing that she destroyed Hope’s life.

The Bold And The Beautiful Spoilers: Shauna Opens Up To Quinn — Vows To Keep Flo Safe From This Baby Secret Bomb