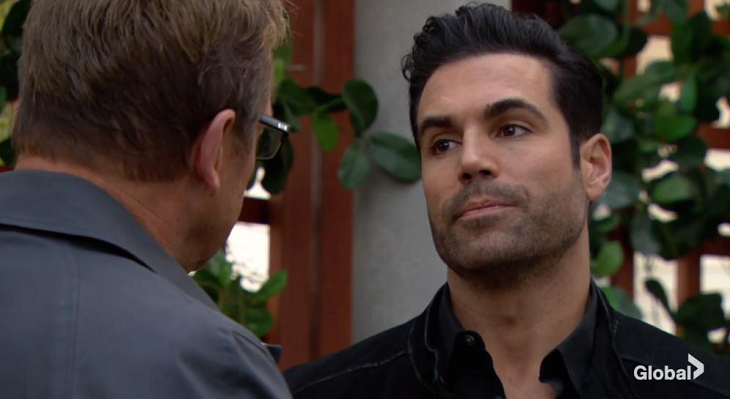 The Young and the Restless (Y&R) spoilers tease that Rey Rosales (Jordi Vilasuso) will get a new career path after his job at the police department doesn’t pan out. And, he gets the idea from Nikki Newman (Melody Thomas Scott), who needs Rey’s help finding her husband, Victor Newman (Eric Braeden). Here’s what you need to know about what’s ahead on Y&R.

It’s clear that Rey and Paul Williams (Doug Davidson) will probably not be able to work together at the GCPD. Y&R spoilers state that Paul doesn’t trust Rey and he believes that he is hiding key information about Mia Rosales (Noemi Gonzalez) involvement in Lola Rosales’ (Sasha Calle) attack.

Over the next few weeks, Rey will struggle to try to keep Paul at bay and away from Mia. Y&R spoilers say that Rey wouldn’t care if Mia was under fire under normal circumstances, but she is pregnant — and it could be his kid!

#YR Nikki wants Rey to help her find Victor. She trusts him now

After Rey decides that he cannot handle working under pressure and decides to walk away from the GCPD, he has to find a new career and job– and pretty quick! He’s not rich like most of the people in Genoa City, so missing a couple of checks is enough to really hurt his bank account. So, the handsome cop knows he needs to find work quickly.

That’s when Nikki asks him to do a job for her. Y&R spoilers say she needs someone to find out what’s going on with her husband in Vegas and why he’s paying a psychiatrist. She is fairly certainly Victor isn’t the type to go to therapy willingly. When Rey presses her for any hunch she may have about what it’s all about, she is clueless. And, that’s why she needs him so he can look into it and make sense of it all.

Rey will take the job and will discover he is good at it – and it pays better than being a cop. Will he find his new career and hang up the desire to rejoin the GCPD?