Bold And The Beautiful Spoilers: Friday, April 19 – Thomas Has An Ulterior Motive – Liam Plans A Special Evening For Hope 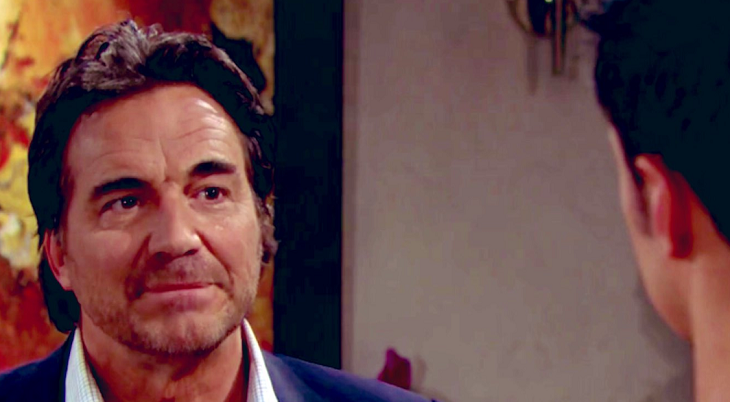 The Bold and the Beautiful (B&B) spoilers for Friday, April 19, tease that Thomas Forrester (Matthew Atkinson) will have an ulterior motive as he makes some calculated moves. He just confessed to an alarmed Ridge Forrester (Thorsten Kaye) that he may still have unresolved feelings for Hope Spencer (Annika Noelle). And on Friday’s episode, Thomas will take some steps to get closer to Hope.

First off, Thomas will listen intently as Hope confides in him about her situation with Liam Spencer (Scott Clifton). Hope has been feeling terribly guilty about keeping Liam away from Kelly Spencer (Chloe Teperman and Zoe Pennington) and Phoebe Forrester (Isabella de Armas and Redford Prindiville), and she’s been thinking lately that Liam should go to Paris to visit Steffy Forrester (Jacqueline MacInnes Wood) and the girls.

According to B&B spoilers, Thomas will encourage Hope to send Liam off to Paris. He’ll probably argue that it’s for the best if Liam goes and tells Steffy in person about Florence “Flo” Fulton (Katrina Bowden) being Phoebe’s birth mom, but in reality, he’ll just want to send Liam away so he can spend more time with Hope. It’s a pretty sneaky move.

Hope tells Liam she feels badly keeping him from Phoebe and Kelly today on #BoldandBeautiful. pic.twitter.com/gZEVRCPO4c

Then, B&B spoilers say that Thomas will have a chat with Brooke Forrester (Katherine Kelly Lang) and Ridge about going back to work at Forrester Creations. He’ll announce that he not only wants to go back to work but that he wants to work specifically on the Hope For The Future line. And of course, that would put him in close proximity with Hope on a daily basis.

Bold And The Beautiful Spoilers– Liam PLans A Romantic Evening

Meanwhile, on the new episode of The Bold and the Beautiful on Friday, April 19, Liam will get some advice from Wyatt Spencer (Darin Brooks) and Sally Spectra (Courtney Hope). Liam has really been struggling to get Hope to move on with life after losing their daughter, and he may want some suggestions on how to help her move forward.

According to B&B spoilers, Liam will ultimately decide to plan a romantic evening for himself and Hope. He’ll want to give Hope some happiness and joy in her life, and he’ll think that if they can spend an evening focusing on themselves and their marriage, it would be good for them both.

Of course, Hope will do her best not to disappoint Liam for the evening, but she’ll probably struggle as her mind constantly drifts back to the daughter they lost. Liam will do his best to reconnect with his wife and get her to enjoy the evening. We’ll see how that goes.

The Bold And The Beautiful POLL: What Happens To Flo After Baby Swap Reveal? Vote Now!