Days Of Our Lives Spoilers For Monday, April 22: Hope Surprised By Lani’s Connection To Rafe– Ted Has A Secret– Holly Is Kidnapped 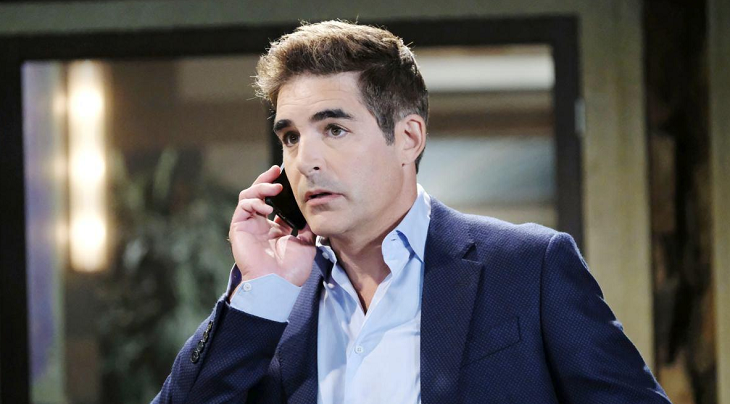 It begins with Kate Roberts (Lauren Koslow) overhearing an interesting conversation that Ted is having with Chloe Lane (Nadia Bjorlin). For Kate, she can’t help but feel surprised, especially since Ted and Chloe don’t really talk to one another. This will lead Kate to wonder what the district attorney really is up to behind closed doors. One of his secrets will soon be exposed.

Elsewhere, Jack Deveraux (Matthew Ashford) witnessing a tense moment Abe Carver (James Reynolds) and Sheila Watkins (Tionne Watkins). Jack is apparently looking for dirt and for something that might put Abe at a disadvantage.

Is this the end of Hope and Rafe? #DAYS pic.twitter.com/XXMIGrHlSc

After all, now that he’s got Eve Donovan (Kassie DePaiva) by his side, Jack clearly isn’t interested in playing by the rules, or even fairly anymore. This will most definitely make the situation between Jack and Abe even more hostile in their campaign to be the next mayor of Salem.

Also, Hope will be surprised to find out that Lani has spent the night with Rafe. Even though they are supposedly bonding over Jordan Ridgeway’s (Chrishell Harley) son, it looks as though they are growing closer than ever before. Rafe needs a helping hand now that he’s a single father and Lani is clearly willing to give him one.

Apparently, Lani is the kind of girl who likes to hang out with cops that either has girlfriends or wives.

By the end of the week, fans can also expect to see Sarah Horton (Linsey Godfrey) trick Dr. Marlena Evans (Deidre Hall) into telling the truth.

Also, don’t forget to check back with Hollywood Hiccups for all the latest news right here!

Days Of Our Lives Spoilers: Ben And Hope Desperately Try To Track Down Ciara– Will They Find Her Before It’s Too Late?