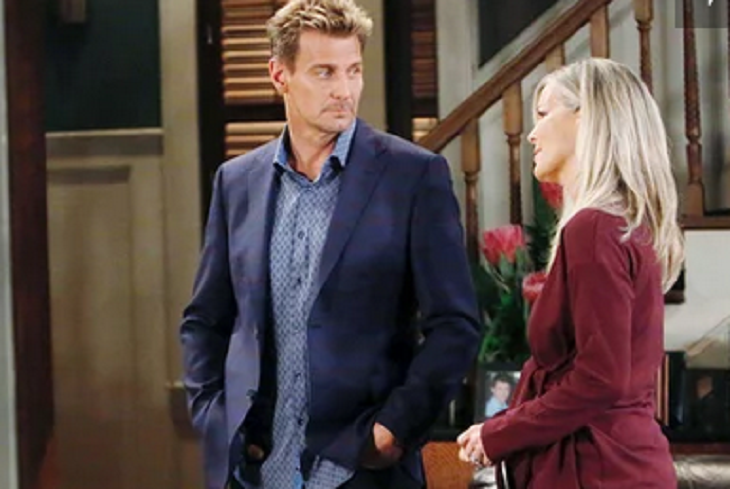 Good news, General Hospital fans. Jasper “Jax” Jacks (Ingo Rademacher) will finally be returning to the ABC soap opera.  It was about two years ago that Jax was last seen in Port Charles.

EW reported that the handsome guy will pop in on Tuesday, May 7.  Here’s what you need to know about what’s ahead on GH.

GH Spoilers– Jasper Is Back!

Ingo revealed in the EW article that he will return to support Carly Corinthos (Laura Wright) and Josslyn Jack (Eden McCoy).  He will share scenes with Sonny Corinthos (Maurice Benard) too, but Rademacher joked that his alter ego isn’t a fan of the mobster.

On one hand, he saved Josslyn. On the other, Jax inadvertently screwed over Nelle. Should Carly forgive him? Find out RIGHT NOW on ABC! #GH pic.twitter.com/BCIzdj2A6T

Back in February,  GH announced Rademacher’s return.  In the announcement return, General Hospital showed his 2017 goodbye to Carly.  The camera turned to Ingo as he said, “I’m coming back to GH. And Jax’s legacy is going to continue in a big way.  See you soon!”

ABC has been careful not to release too much information about his return. At first, many GH fans assumed he was returning for Oscar Nero’s (Farren Stitt) death.  It’s clear his death will be difficult for his daughter, Josslyn.

But, Rademacher said Jax’s legacy will continue is a BIG way.  Does that mean his return is semi-permanent.?

At this point, all we know about Ingo’s return is the date.  Since his return occurs smack dab in the middle of May sweeps, it could be related to Oscar’s death, but we’ll have to keep watching Gh to find out what’s ahead.

When Rademacher left B&B, everyone was kind of shocked.  He took the role of Thorne Forrester, and by all accounts, he was great in the role.  After two years in the role, he decided to walk away.

Some fans speculated he left due to a lack of on-air time.  However, Ingo has never spoken out about it. Upon his B&B exit, he revealed that Thorne could return down the road, suggesting this is not goodbye but farewell for a while.

Are you excited about Jax’s return?  Why do you think he is coming back to Port Charles?  Don’t forget to come back later for more General Hospital (GH) spoilers, news, and casting updates!