The Bold And The Beautiful Spoilers: Ridge Keeps Thomas’ Secret –Peace With Brooke Is Vital 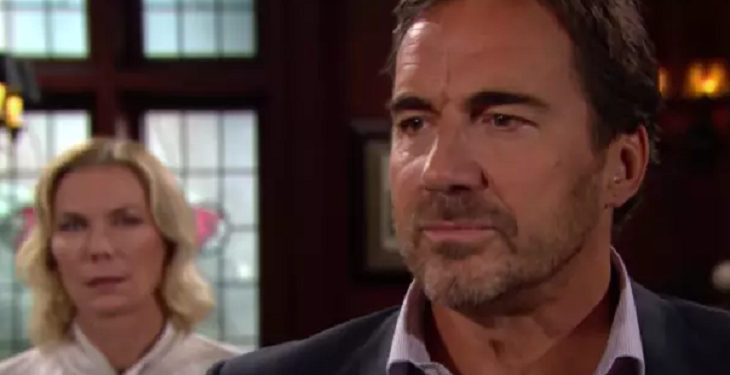 The Bold and the Beautiful (B&B) spoilers tease that Ridge Forrester (Thorsten Kaye) will make Thomas Forrester (Matthew Atkinson) a promise. He will not let Brooke Logan (Katherine Kelly Lang) about his feelings for her daughter, Hope Logan (Annika Noelle).

Ridge knows that if his wife would be pretty upset to learn Thomas’ has eyes for Hope. Here’s what you need to know about what’s ahead on B&B.

Thomas told his dad that he was developing feelings for Hope. B&B spoilers say that Ridge was stunned by the admission because he thought that they were just friends. While he said that they are only friends, he would like more with her. Although, Thomas did confirm that he would respect the fact she is married to Liam Spencer (Scott Clifton).

The mere fact that Thomas has feelings for Hope is troubling to Ridge. He knows that his won said he wouldn’t cross that line, but Thomas has done some pretty shady stuff.

To protect his marriage. Ridge decides to keep quiet. He doesn’t want to rock the boat with Brooke.

Bold And The Beautiful Spoilers — Brooke And Ridge Will Be Tested

Even though Ridge wants to protect his marriage, there is a bomb about to go off that will rock them. B&B spoilers say that while Ridge worries about Brooke learning about Thomas’ infatuation with her daughter, the real bomb will be when it comes out that Phoebe is actually Beth Spencer.

It shouldn’t be too long before Brooke decides that Steffy Forrester (Jacqueline MacInnes Wood) should give Phoebe to the Logan family. She will insist that the adoption should be voided as Flo Fulton (Katrina Bowden) didn’t know her family roots. Of course, Brooke and Steffy will still be missing the piece of information that Phoebe is actually Hope’s dead baby Beth.

It will get rocky between Ridge and Brooke. Thomas’ feeling for Hope will be least of his problems in the weeks ahead. Do you think Brooke would be upset by the news that Thomas wants to make a play for Hope?