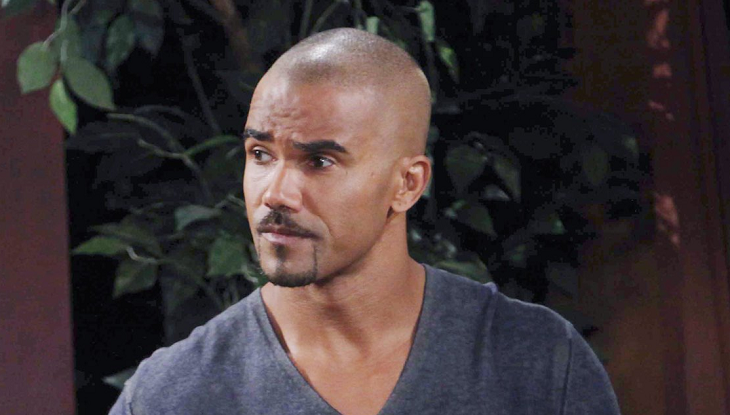 The Young and the Restless (Y&R) spoilers for the week of April 22 tease that it’s going to be an emotional one. The news of Neil Winters’ (Kristoff St. John) will stun Genoa City and it will bring familiar faces into town to pay their respects. Perhaps, the most anticipated return is none other than Shemar Moore — who will reprise his role as Neil’s half-brother, Malcolm Winters.

At first, many Y&R fans assumed that Nikki Newman (Melody Thomas Scott) or Devon Hamilton (Bryton James) would deliver the eulogy. However, head writer Josh Griffith had another idea. He wanted Malcolm to deliver it and, from the sound of it, he did an amazing job.

Shemar admitted he did add a little extra in the script but kept everything in that Griffith wrote in the script. The actor revealed that he talked to Neil in the speech exactly like he would talk to Kristoff. In fact, he felt like he was saying goodbye to his friend all over again.

CBS taped Neil’s death and funeral in one 16-hour day. Moore recalls feeling exhausted and emotional the whole day. He isn’t sure if he can watch the episode yet, but plans to record it to view later.

“It was just the strangest thing I’ve ever done in my life, let alone my career, just to stand at a podium on set with a camera aimed at you with makeup on and a cast of actors sitting there, and I have to deliver this monologue. The only thing I needed to remember was to call him Neil and not Kristoff,” Shemar said.

Moore said that the Y&R fans will love the way they paid tribute to Neil in the funeral service. Everyone that meant something special to him will say goodbye in a touching way.

The S.W.A T. actor said that it also will give the Y&R fans a chance to say goodbye to him. It’s final with the funeral. Moore expects the service to be very emotional for the viewers.

Shemar admitted that he’s still struggling to accept St. John is gone. Every so often, he gets the urge to call him, only to realize he cannot talk to him anymore.

Shemar will appear next week, starting on Thursday, April 25. Don’t forget to come back later for more The Young and the Restless (Y&R) spoilers, news, and casting updates!