The Young And The Restless Poll: Are Lily And Cane Done – Lane Ends? Vote Now! 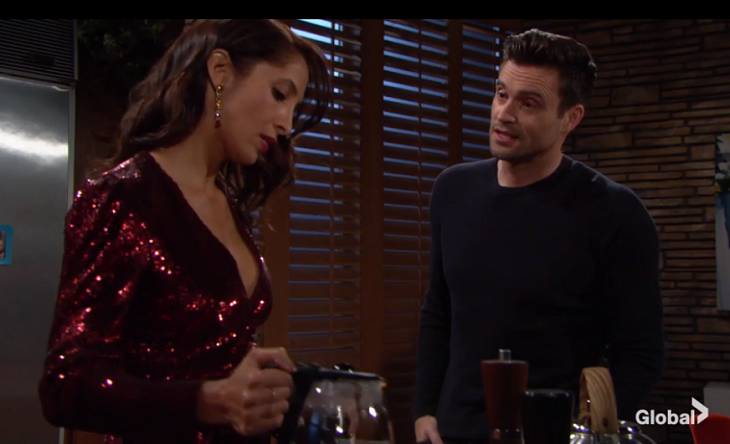 Lily Ashby (Christel Khalil) and Cane Ashby (Daniel Goddard) haven’t had a smooth relationship on The Young and the Restless. They’ve been together and apart. At one point in the past Cane even played dead. The most recent ‘Lane’ revival has persisted, due, in part to the SORAS’d twins. But now it appears that the Ashby nuptials might be ending.

This couple has remained one of Y&R’s more embraced pairings. Sure, they’ve had their ups and downs. Each party has been in the wrong, as Lily was recently saying when Cane visited her in prison. Now she’s apparently decided, for both of them, that it’s time for ‘Lane’ to end.

Y&R Spoilers– Can Lane Work It Out?

Cane recognizes something Lily doesn’t. She’s not considering the possibility of her incarceration having violently influenced her thoughts. Why use of such a sharp adverb, violently? Well, the environment Lily was, arguably, unjustly forced into after the accidental death of ‘Hevon’s’ unborn child and of Hilary Hamilton (Mishael Morgan), has clearly impacted her marital conclusion, while also preventing a one-on-one talk-out.

What happened with Victoria Newman (Amelia Heinle) meant something, rather than nothing, as Cane believes. But Lily’s inability to be on-site in Genoa City to hash out the details and potentially resolve whatever conflict Cane is facing, rather than just her own internal strife, has created an incomplete assessment of reality.

It could be that Lily no longer loves Cane, or that she has convinced herself of that subjective point. It’s possible that Cane and Lily have a flawed relationship. But no one ever knows the future and therefore predictions of supposed repeated cycles appear to represent intentions to fulfill prophecies.

Young And The Restless Spoilers — How Will Neil’s Death Impact The Ashby Family?

Khalil’s voluntary recurring contract status enables various paths forward for Lily. Goddard is a current regular player, with no confirmed news about any contract change existing. Lexie Stevenson (Mattie Ashby) and Noah Alexander Gerry (Charlie Ashby) could be written out of the show if Y&R sends both characters away to college this summer.

The death of Neil Winters (Kristoff St. John) will obviously stun the Ashby family. This imminent event will override ‘Lane’s’ decision in the short-term. But after special episodes air, viewers will soon see what’s ahead for one of their favorite pairings.

Fans of The Young and the Restless rightfully express their opinions on a regular basis. So, are Lily and Cane done? Please vote in our poll below!