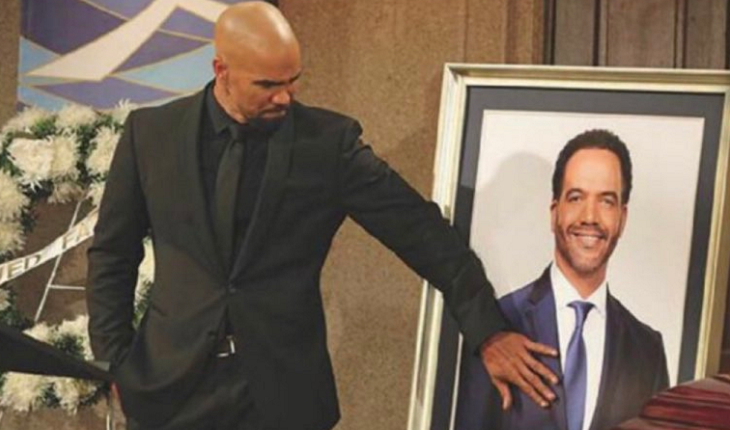 The Young and the Restless (Y&R ) spoilers tease that Neil Winters’ death will rock Genoa City. Everyone will be affected and the family will be left in shambles, as they try to move on from this tragic sudden death.

It all starts when Neil (Kristoff St. John) was a no-show for the Society’s opening. Lily Winters (Christel Khalil) told her brother, Devon Hamilton (Bryton James) that their dad was going home to shower and he would come to the opening. But he never showed.

Devon started getting worried when Neil wasn’t responding to his text messages or answering his phone. While Lily wasn’t too concerned, Devon had a feeling something was wrong.

Devon decides to head over to his place to check on his dad. What he finds at home changes their lives forever.

Young and the Restless Spoilers–Neil’s Gone

Later, Neil returns to the Society to talk to Lily. It’s obvious something is very wrong as he is visibly shaken.

“The first thing he does is find Lily and shares the news that Neil is no longer with them. It is as you’d expect it to be: a huge shock and an emotional moment. It is done without words with only background music in the background. You just see Lily react and her devastation and the whole family coming around her to support her,” Christel Khalil shared.

The next morning, Lily turns her anger to Nate Hastings (Sean Dominic) as he was her dad’s doctor. She wanted to know how a man so young died suddenly and he, as his doctor, didn’t see anything wrong.

It wasn’t long after that Devon and Lily blame themselves for not seeing Neil wasn’t well. They are grieving and trying to find out why he had to die so soon.

A few days after Neil’s death, Malcolm Winters (Shemar Moore) will show up. Devon called him and he will know he is arriving. The whole town grieves for Neil and there will be a huge impact felt after his funeral.

Following his memorial service, the reading of his will has a major impact on the lives of several people around him. What that means, head writer Josh Griffith says you’ll have to tune in to find out!
Don’t forget to come back later for more The Young and the Restless (Y&R) spoilers, news, and casting updates!