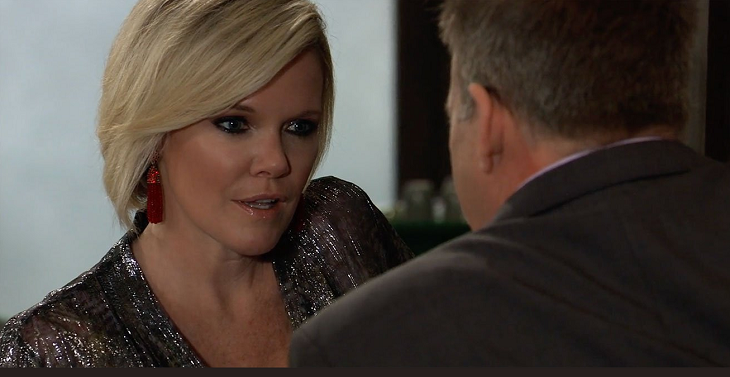 General Hospital (GH) spoilers indicate that while everyone thinks that Ryan Chamberlain (Jon Lindstrom) is dead, no one really has confirmation of it. As far as the feds are concerned, Ryan is dead and, if not buried, at least lost at sea.

However, not everyone in Port Charles is convinced that Ryan is indeed gone. A new plan will be set in motion this week which could lure the serial killer out of hiding. Here’s what you need to know about what’s ahead on GH.

GH Spoilers– Ava Plans To Find Herself A New Man!

If there is one person who can find out whether or not Ryan Chamberlain is indeed dead, it’s his ex-lover, Ava Jerome (Maura West). Ryan might have been a very deranged person, but he was head-over-heels in love with Ava. And if there is one thing that will take him out of hiding, it’s his jealousy. The moment Ryan finds out that Ava has a new man by her side – or that she’s moved on for that matter – jealous Ryan will definitely come back to claim what he thinks is definitely his: Ava.

Ava's ready to take justice into her own hands, West Coast. But who's that knocking on her door?
Tune into an all-new #GH– STARTING NOW on ABC! @MauraWest pic.twitter.com/fAmuulcsxn

General Hospital spoilers tease that Ava has a new plan in mind. She knows what kind of jealous and possessive person Ryan is. The only way she can get him out of hiding is to make him both jealous and furious.

The moment Ryan sees Ava in the arms of another man, he is going to fly into a dangerous rage. Viewers have seen this kind of behavior from him before and there’s a very strong possibility that they might see it again. Ava might want to prepare herself!

But then again, could Ryan really be that naïve to fall for Ava’s plan? Perhaps. She might have been blind in love with Ryan for a very long time, but Ava is not a stupid woman.

If there is anyone in Port Charles that can play Ryan’s cat and mouse game well, it’s Ava. Not only is she going to set a trap up for him, but Ava is also going to teach him a lesson. Of course, fans will have to tune in to find out what will happen next!