The Bold And The Beautiful Spoilers: Thomas And Sally Caught Texting – Wyatt Shocked 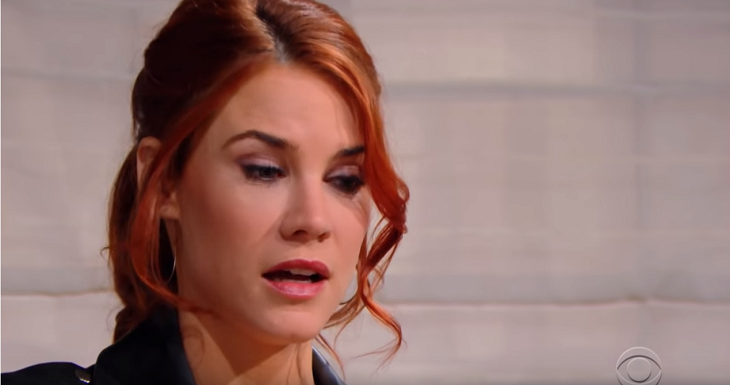 The Bold and the Beautiful (B&B) spoilers tease that Wyatt Spencer (Darin Brooks) will be totally taken aback. He’s in a fulfilling and happy relationship with Sally Spectra (Courtney Hope), and as far as he’s concerned, they’re solid. They live together and until recently they worked together, so they’re practically inseparable.

But soon, Wyatt will get some disturbing news about Sally. According to B&B spoilers, Quinn Forrester (Rena Sofer) will spot Sally having an intimate conversation with her ex, Thomas Forrester (Matthew Atkinson).

Thomas and Sally had a pretty contentious split last year after Thomas left her to go back to Caroline Spencer (Linsey Godfrey), but since Thomas has come back to Los Angeles, the two seem to have buried the hatchet.

B&B Spoilers– Thomas Has No Interest In Sally Anymore

The Bold and the Beautiful spoilers say that Thomas will confide in Sally about something. Sally may want to know how Douglas Forrester (Henry Joseph Samiri) is doing since his mother’s death, or perhaps Thomas will want to confide in Sally over his new feelings toward Hope Spencer (Annika Noelle). Whatever, the case, Quinn will see the exchange and get the wrong idea.

Quinn, who is determined to cause problems between Wyatt and Sally, will run to Wyatt and tell him that she saw Thomas and Sally together.

B&B spoilers say that she’ll also spot a hug between the two, so she’ll fill Wyatt in about that, too. However, Wyatt will brush off the news. He trusts Sally and he’ll realize that from time to time Sally and Thomas will talk, and it’s no big deal.

Bold And The Beautiful Spoilers– Wyatt Stunned By The Texting Scoop

Wyatt will be completely taken aback by the texting, and he’ll probably wonder exactly what’s going on between Sally and his former flame. Of course, Quinn will probably love this development, since she wants Wyatt away from Sally so he can be with Florence “Flo” Fulton (Katrina Bowden).

We’ll see how Wyatt will handle the texting revelation. He’ll probably want to talk to Sally about it and find out exactly what she and Thomas have to be texting about. He may feel hurt over it, and it could signal the first real crack in “Wally’s” relationship.

‘Bold And The Beautiful’ Weekly Spoilers April 22 to 26 : Thomas Vows To Win Hope Over – Quinn Attacks Sally – Things Turn Near Fatal For Zoe

Do you think it could be the beginning of the end for them? As always, more detailed spoilers and a full collection of pictures for the week in question will appear here on Soap Opera Spy, where there will be more clues and hints over exactly what’s going on.